Disney’s “Beauty and the Beast Jr.” playing at the Valley School 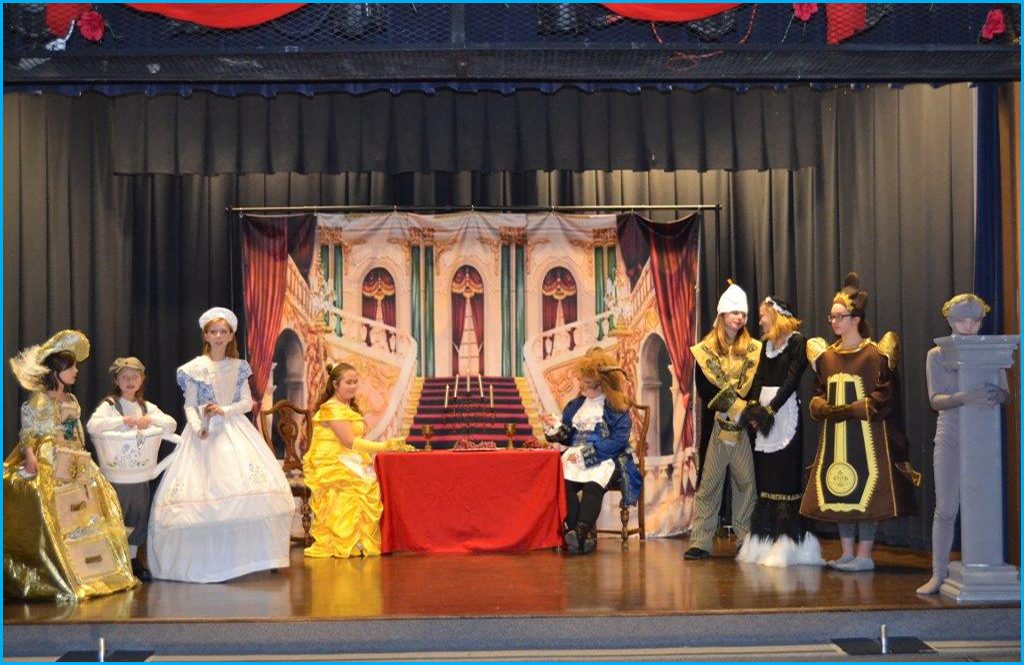 Disney’s Beauty and the Beast Jr. is playing at the Valley School on Thursday and Friday, March 7th and 8th at 6:30 p.m. This 60-minute musical, is based on the 1994 Broadway production and Disney’s 1991 animated feature film.  The Valley School cast contains approximately 50 plus students and is directed by Theresa Carr.  Music by Alan Menken, Lyrics by Howard Ashman and Tim Rice, Book by Linda Woolverton, Produced by special arrangement with Music Theatre International.

Beauty and the Beast JR. tells the story of Belle(played by Jessica Rindlisbacher), an adventurous young girl, and the Beast (played by Braden Carson), her hideous captor who is actually a young prince trapped under a spell by an enchantress.  In order to break the spell, the Beast must learn to love another and earn her love in return – before time runs out.  With the help of the castle’s enchanted staff, including a loving teapot(Payton Schauls) and her son Chip(Bella Klemish)a charming candelabra(Ripley McNab), a delightful feather duster(Leslie Bennet) an enchanted dresser(Naomi Haden) and a nervous mantel clock(Elisha Thompson), Belle and the Beast find a beautiful friendship and love that neither knew was possible.