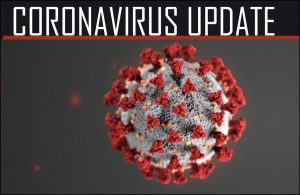 During this brief time, an infected person is most contagious and can spread the virus while in large groups. This period typically happens before the person is exhibiting symptoms meaning they are most likely to infect people before they know they are sick.

The study said 80 percent of those infected will not spread the virus, meaning large gatherings are primarily the reason for the viral spread.

The Fred Hutchinson Cancer Research Center is a cancer research institute established in 1972 in Seattle.

“The ethical thing to do as an individual is to walk around with the assumption that you’re infectious and contagious, and that it’s your responsibility to protect the public,” said Dr. Joshua T. Schiffer, an infectious diseases physician and author of the research said in the Seattle PI story.

They point to super spreader events like weddings, concerts and family gatherings.

“Super-spreader events come from when people are shedding virus at their peak,” Schiffer said. “They have to show up in a crowded place, and they have to do so when they are shedding at a high viral load.”