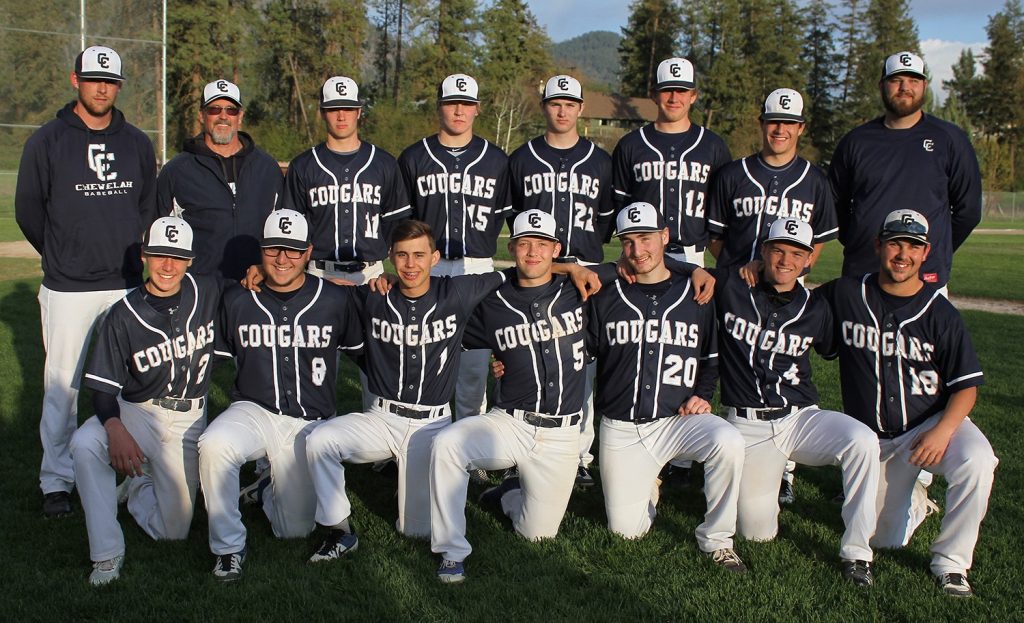 The Chewelah Cougars will be hosting the first two rounds of the District Tournament this weekend at the Barbour Complex. (Brandon Hansen photo)

Bring your popcorn, Cougars will bring the entertainment this weekend at the Barbour Complex…

There is a big difference from regular season baseball and postseason baseball. Any fan of Major League Baseball can tell you, the pauses between pitches get longer, the at-bats get more stressful and seemingly every run and error seems to matter in the biggest of ways.

Just ask Steve Bartman, who snagged a catch-able foul ball in 2003 which seemingly robbed Cubs outfielder Moises Alou of an out in the National League Championship Series. When the Cubs lost the game and then the series the next day, Bartman was subsequently demonized by the entire Chicago fan base getting threatening phone calls and being forced to have a low profile.

While NE 2B high school baseball probably doesn’t have as rabid as a fan base, the stakes are still high – win or go home. 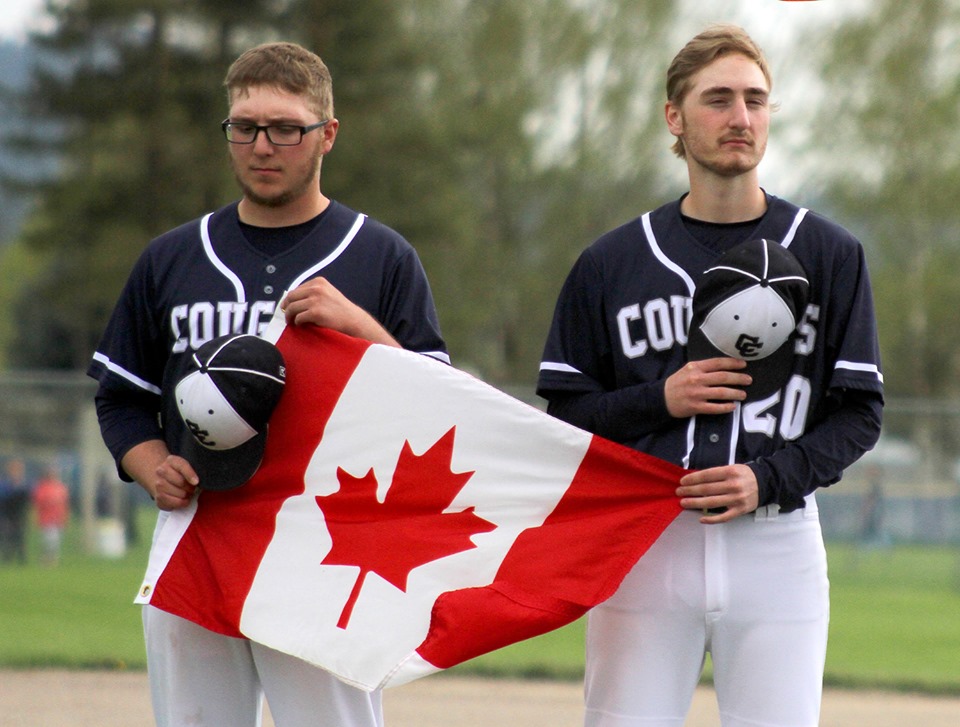 By the Chewelah Independent’s estimate, half of the Chewelah Cougars are Canadian which is why they are so good at baseball and sometimes hockey. (Brandon Hansen photo)

Chewelah’s 2019 season started late but has heated up with the Cougars going 7-1 in league play and 15-3 overall. They haven’t been flummoxed by any Steve Bartman-like plays and their lone league blemish was their first NE 2B league game against St. George’s all the way back on March 29.

“The team is playing well right now,” Chewelah coach Sawyer Bardwell said. “Our pitching is spot on and our bats are hot.”

That might be the understatement of the year from the understated coach. The Cougars look like quite the powerhouse going into bracket play. They have a deep bench of pitchers, a lineup that is probably illegal in several states because its so lethal and a winning streak that is now at 15.

The Cougars to scramble for a final home doubleheader this week just so the team could have senior night since Spring caused so much havok on the early season schedule. Chewelah hosted Trail, B.C. on Wednesday and fittingly defeated the team 10-0 and 14-0 to cap of the season and honor the seniors. Because of the intrepid season, the Cougars have the privilege of hosting the first and second round of the NE 2B District Tournament.

No seating will be allowed on the foul-ball lines preventing any fan interference but the massive amount of foul territory at the Barbour Complex will play to the Cougars’ strengths. Great pitching, great team speed and a team that lives off of everybody getting a hit. 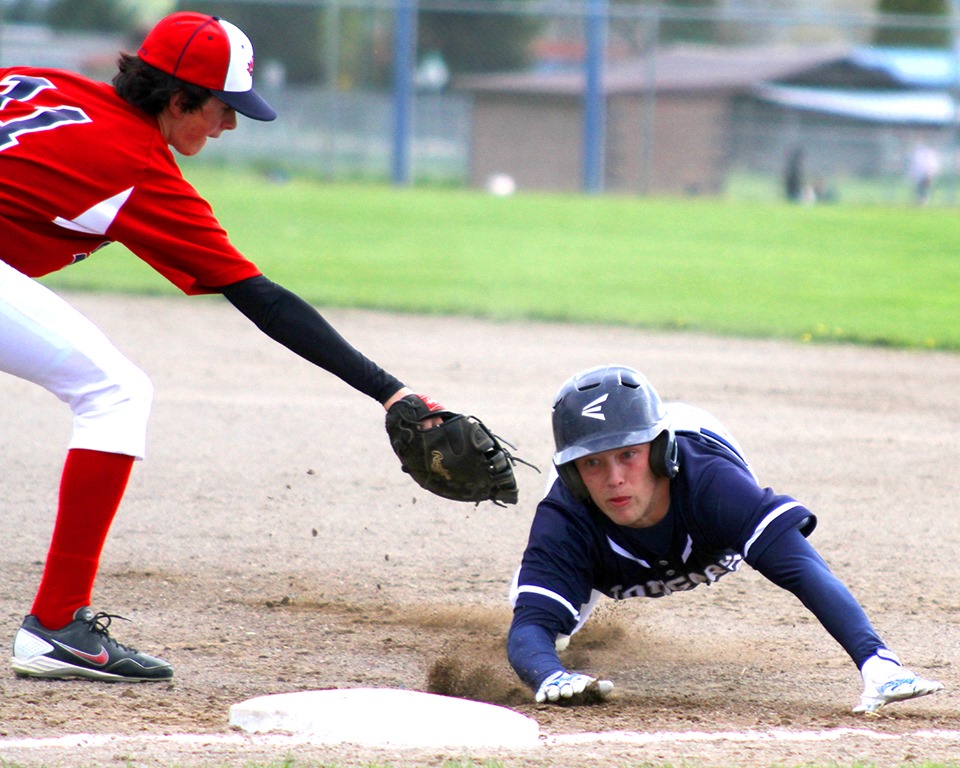 Johnny Larson is leading the team in batting and probably the league is avoiding first base pickoff attempts. He’s also faster than some people’s cars in Stevens County. (Brandon Hansen photo)

While Chewelah can win the 1-0, 3-0 games… they haven’t had to because their pitchers eat up batters at an alarming rate.

Chewelah has an eye-popping 1.30 ERA as a team, led by Justin Rollis’ 50 strikeouts and 1.66 ERA along with young Andrew Sweat’s 1.08 ERA and 45 strikeouts. The Cougars walks have been minuscule, their bullpen been dominant (with Jake Jeanneret sporting a 0.79 ERA) and the team’s WHIP has been just 1.209 meaning that opposing baseball teams can muster on average just one baserunner an inning.

On Saturday at 4 p.m., they’ll face the winner of Davenport and Liberty, who play earlier at the Barbour Complex. If they win that game, they’ll advance to the semifinals next week at Medical Lake.

“The biggest challenge is Asotin,” Bardwell said. “They are ranked 3rd in the state and returned all but one player from last years team.”

Asotin was 11-3 overall this year with a 7-0 record in the south division.

Davenport is the lowest seed in the tournament with a 2-10 record, while Liberty was second-to-last in the southern division of the league and has a 6-10 record on the year. If Chewelah wins their quarterfinal game, they will more than likely play 13-4 Colfax but Springdale and St. George’s is also in the bracket. The semifinals and finals will be played at Medical Lake. In order for Chewelah to move on to the regional round they’ll have to finish top-3 in the district tournament.

“Regionals take the top 16 teams from the state and they will be played at various locations,” Bardwell said. “We get three seeds to regionals from our league and we have to win both regional games to make it to the semis in Centralia.” 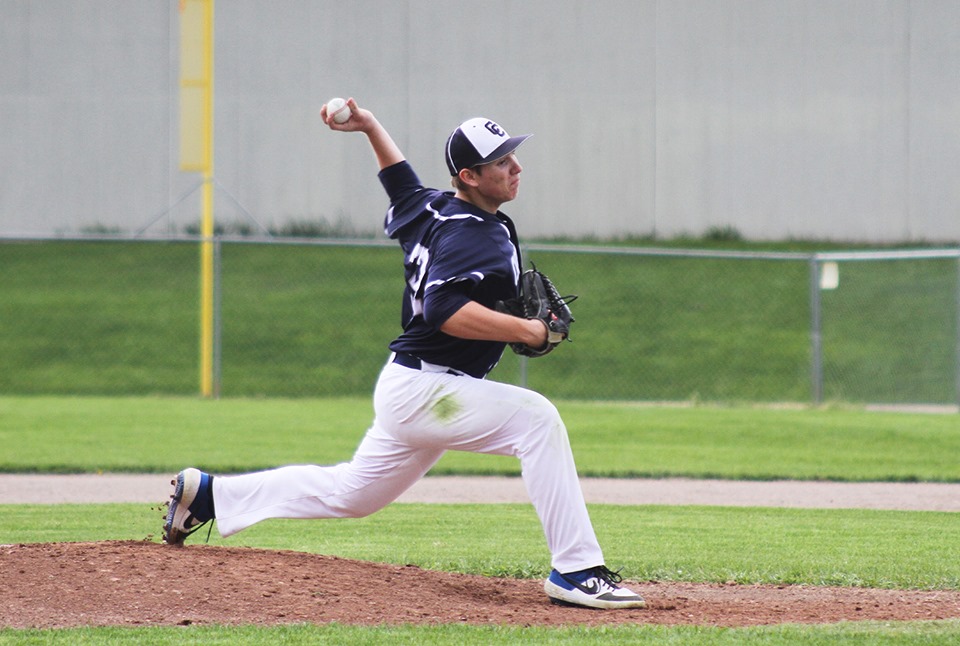 Young Andrew Sweat has a ERA just north of one, and raises cattle too! (Brandon Hansen photo)

Centralia will be the host of baseball’s Final Four for baseball. It’s a historic stadium, complete with the bleachers of the former Kingdome and home of the famous Wheeler Burger. Many professional baseball players have played at Wheeler Field including first baseman Lyle Overbay. It is home to both the Centralia Tiger high school baseball team and the Centralia College Trailblazers.

The cavernous confines of Chewelah’s own ballpark, football-baseball conversion field Medical Lake and the college-level Wheeler Field will mean very little to Chewelah’s bats which have been on fire. The Cougars are hitting .342 as a team and are on a seven-game streak of scoring double-digit run totals.

Leadoff man Johnny Larson is leading the team with a .451, followed by catcher Carl Oman’s .442 average. Oman has driven in the most runs (15), notched the most doubles (6) and scored the most runs (21). Sam Triplett is usually the team’s battle axe closer, but has been hitting the ball incredibly with a .438 average. Sweat has proven to be a true power threat with two home runs this year on a .344 average, while Jake George is also a big swinger with two triples after dealing with some time out of the lineup. He’s hitting .300 and could be a dangerous bat pitchers will hope to avoid.

“Jake George has come on strong in the latter part,” Bardwell said. “He is hitting over .500 in the last eight games.”

The Cougars will be selling league champ shirts Saturday for $10 a piece at the field. Admission will be charged for the district games since it is a postseason game.