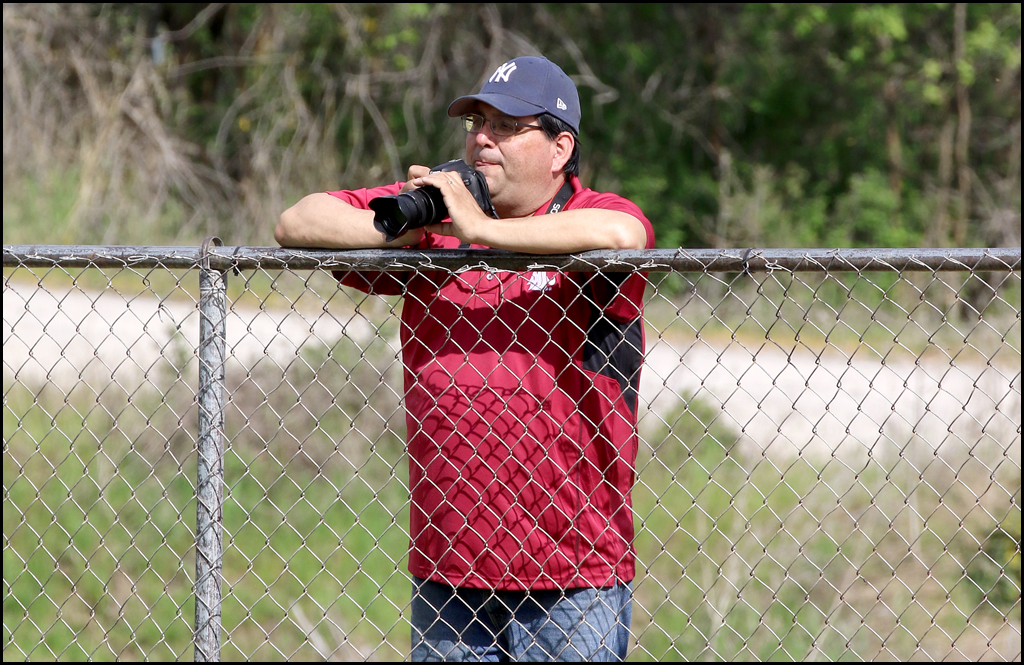 SIDELINE PRESENCE: Chris Rader has been a NE Washington media mainstay for years, with a love for sports and photography…

The Statesman-Examiner photographer and reporter has worked for the paper since 2008-2009, and while he is taking a step back this year with a new job, if you
still see him on the sideline, stop by and say hello.

Rader is an ironman when it comes to sports reporting, as he doesn’t just do the newspaper for a living but also has a full-time job. While working for Safeway,
Rader still managed to find time to go to games and report on NE Washington teams.

“I had interest in cameras, started with film and it was just always something that I liked,” Rader said.

Rader graduated from Colville in 1991 and attended Washington State University, perhaps giving him a love for all things Cougars, including Chewelah. In the fall of 2008, the Statesman was looking for a freelance photographer. Former publisher Chris Cowbrough brought Rader in and showed him the ropes of sports reporting and photography.

“He had me watch a Mariners game, write up a recap and gave me some pointers but I knew sports and I had an interest in photography,” he said. “Sports Illustrated is what really got me into photography. My first memory was the catch, seeing that photo.”

His highlights of the year were state tournaments, as they were usually bigger in scale.

While he would have a storied media career even for just a reporter, Rader spent the past 15 years at Safeway and recently took a job with the Stevens County Courthouse.

Rader remembers playoff football game doubleheaders in Odessa where he started the day working in Safeway at 4-5 a.m. and then got home the next day at 2:30 a.m.

“I probably walked 12 miles that day along with all the driving,” Rader said with a laugh.

Through the years, Rader said he’s seen this areas athletes prove themselves as hard-working, usually playing against larger schools and giving them a run for
their money.

“It also seems the more successful coaches care about their players and help them grow as people,” Rader said.

He said that he has gotten a lot of help from new Statesman publisher Roger Harnack but with new sports editor Tyler Newquist and a new job, he has to take a slight step back from his full sports responsibilities.

Still Rader is a mainstay in the sports scene and you haven’t seen the last of him.

“I’ve really enjoyed the conversations with coaches and players,” Radar said. “I’ve always tried to focus on the positive and don’t want to be that reporter that is
out to get people with negative news or salacious information.”

Radar points to a time when the sports reporters covering the Mets refused to do a scandal story because they had to work with the team and players every day so the newspaper sent news reporters to cover the scandal.

“I can sometimes be a little anti-nosey but realize there is a spot for reporters and there has to be someone to ask those questions,” Rader said.

For NE Washington, they’ve been lucky to have Rader asking those questions and taking those photos.