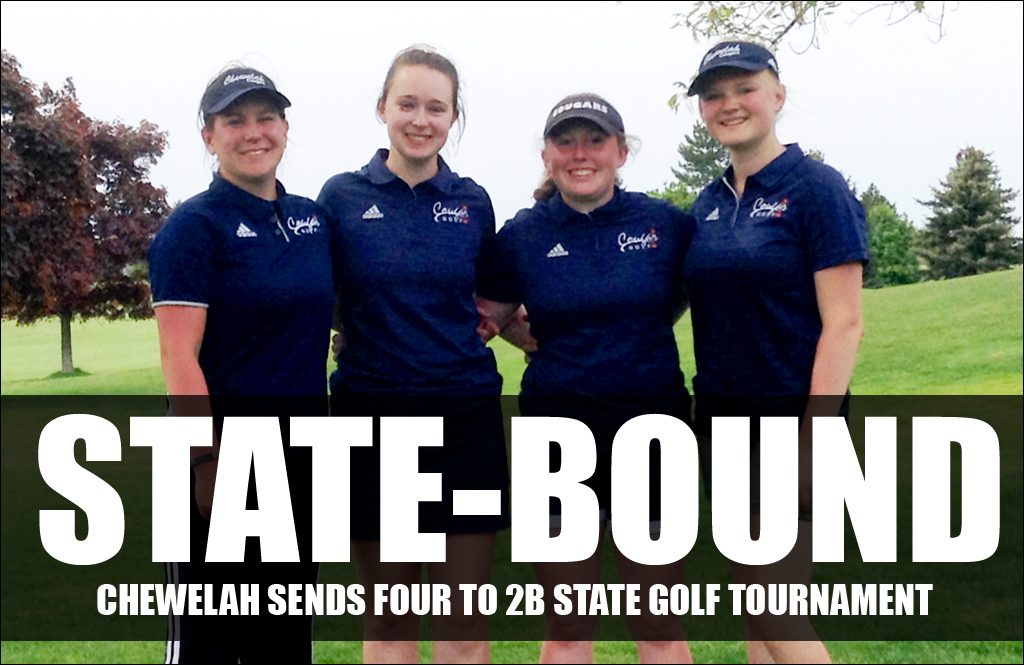 Monday’s 1A/2B/1B district golf tournament at Meadowwood Golf Course in Liberty Lake saw the Chewelah Cougars perform well. Better than well, the girls team was the top 2B school in the combined classification format. Chewelah was tied for third place with nearly 2A school Deer Park with a team score of 53.5.

Avery Arnold finished in sixth place with a combined sub-district and district score of 208. Becca Bennett, who also plays softball for the Cougars, finished 17th with a total of 235. Both qualified for the State 2B Golf Tournament at Tumwater Valley Golf Course to represent Chewelah. Alison Brashler finished 19th with a score of 239 and Jayci Earl was 20th with a score of 244. Earl and Brashler qualified to be state alternates, with Earl qualifying after a two-hole playoff for the last spot. They’ll make the trip to Tumwater as well as this is the 25th year in a row that Chewelah has sent players to the golf tournament.

Three Cougar girls were named to the NE 2B/1B All-League Team, Avery Arnold Becca Bennett and Jayci Early. Arnold was also named the “Player of the Year” for the NE 2B/1B League.

“This is an outstanding accomplishment for her,” Harting said. “She works very hard and is always trying to improve. We are extremely proud of her.”

The practice round for the state tournament is Monday, May 20 while the first round of state play begins Tuesday. The top 40 girls and ties will advance to the second day.

On the boys side, Blake Burya finished in 23rd place with a two-day total of 214.

“This was Blake’s last high school match,” Harting said. “He has been a great team player and we have really enjoyed having him be a part of the team the last two years. He has shown tremendous improvement by qualifying for the district tournament this year.”

‹ CHEWELAH: Airport receives name change › Bradley’s does battle on May 18