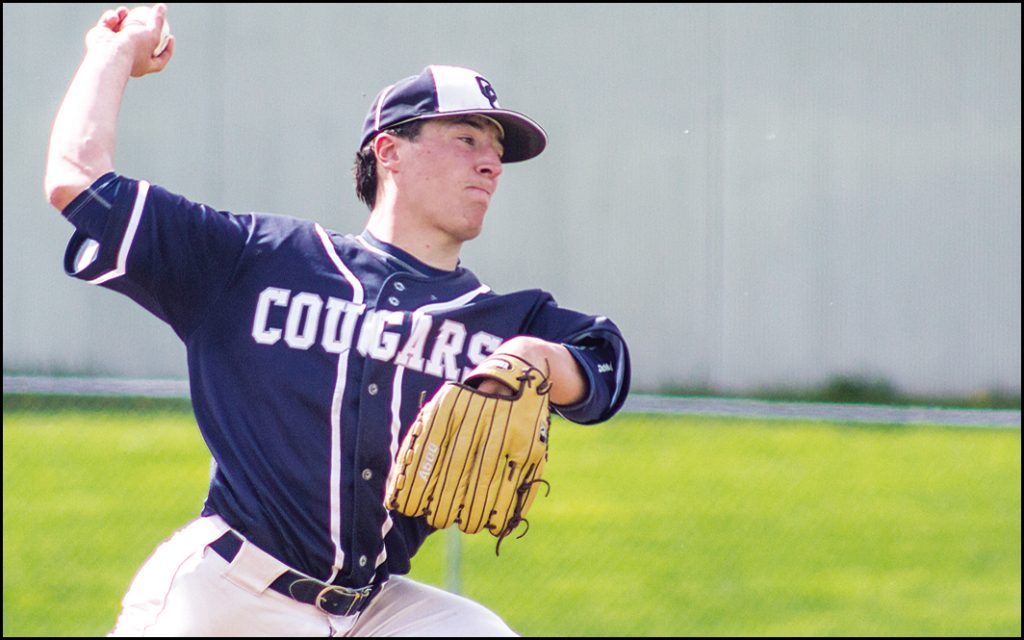 Jake Jeanneret will be a big bat and arm for the Cougars during the summer season. (File photo)

Tom Skok will be taking over the reins of the AA Chewelah Legion Baseball team this year, as the Cougars will be without the services of Sawyer Bardwell after he stepped down as Cougar baseball head coach.

Skok is also the girls softball and basketball coach for Chewelah, and will bring in a squad that has talent from Chewelah’s NE 2B North League championship squad that went 16-5 and finished a win away from the state tournament.

“Baseball and softball are very similar and very different in their own ways,” Skok said. “I will try to build on the similarities and learn how to manage the differences.”

While some players will play a level up on the AAA Spokane Northstars, Skok does have a good base to work with.

“I expect Jake Jeanneret to be a solid leader for us. He has good baseball skill and good leadership qualities,” Skok said. “I also expect Sam Triplett to provide good energy and leadership as well.
We will have a lot of players with good experience, so I expect us to compete well this summer.”

“Our team this summer will be solid. We have depth in pitching and a number of players who have played different positions throughout the years. I think that will make us tough no matter who is pitching,” Skok said. “For this team, I think that hitting will be the deciding factor in most games. At this point we are knocking the ball around in practice, but we will see how it goes once things get real.”

Legion baseball usually sets up success for the baseball program the next spring. Chewelah should be suited well as most of their baseball players continue Legion ball through the summer whether on the AA Chewelah squad or with the Northstars.

‹ SOFTBALL: Making a transformation in Colville › FROM THE EDITOR: Friendly suggestions for our legislators