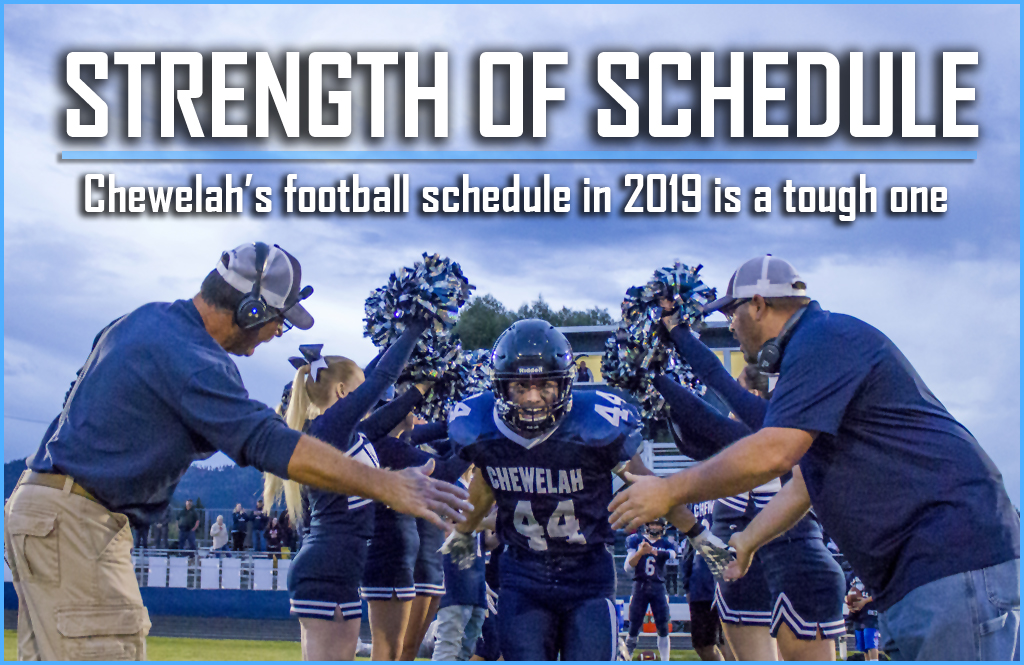 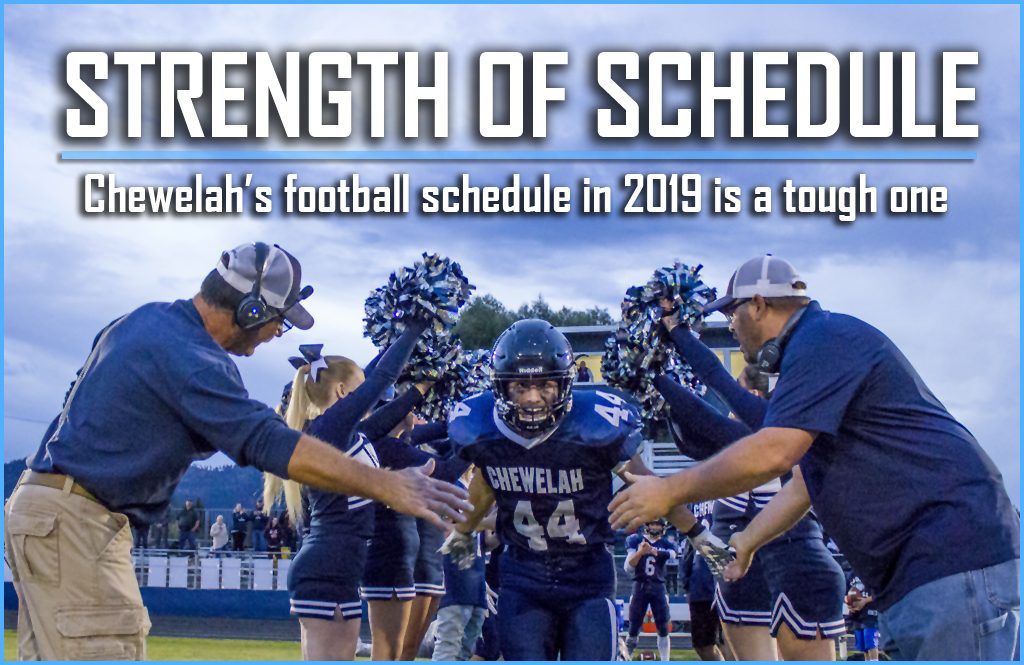 If this were a college football, it would look like the Chewelah Cougars were pumping up their schedule for a berth in the NCAA FBS playoffs. Fresh off their State 2B quarterfinal appearance, the Cougars have added a bevy of challenging opponents.

Opponents this year for the Cougars were 63-36 in 2018 and have a combined .636 winning percentage. Two of those teams played for the 1A state title last year.

While Chewelah dropped down to the 2B ranks for the 2018 season, nobody told the schedule makers as the Cougars will open the season at home on Sept. 6 against 1A Omak, a team that went 9-1 last season and defeated the Cougars 36-21 in the first game of 2018.

After playing away at traditional 2B state power Liberty on September 13, the Cougars will return home on September 20 to face defending State 1A Champion Colville at Snyder Field. The Indians defeated Chewelah 49-14 last season and finished the year with an overall record of 11-2.

After an away game on Sept. 27, against fellow 2018 state football participant Reardan – a team that defeated the Cougars at home – Chewelah returns home for their third straight home game against a 1A opponent on Oct. 4.

Chewelah will host Newport, a team that faced Colville in the State 1A State Championship game in 2018.

The Cougars will then host 9-1 Lake Roosevelt on Oct. 19 before traveling to league foe Kettle Falls on Oct. 19.

The crossover round will be on Nov. 8 followed by three rounds of state playoff action. The WIAA will also change the format of the “Final Four” and not have games played in the Tacoma Dome anymore, meaning the games will be played at other venues, yet to be announced.

Chewelah lost games against Wilbur and Springdale, as those two schools will play 1B schedules this year. As it stands, the NE 2B North Division consists of Chewelah, Davenport, Kettle Falls and Northwest Christian.

Chewelah and NWC are the two teams from the league last year with winning records. The Cougars were 8-4 last year and ranked No. 6 in the state. There are rumblings this year that Chewelah should be a Top 5 school in the 2B rankings.

But… they’re going to have to beat some very good teams to earn that ranking. Home games will also be non-league and playing up a classification against 1A schools.