Chewelah football getting Top-4 praise from west side media 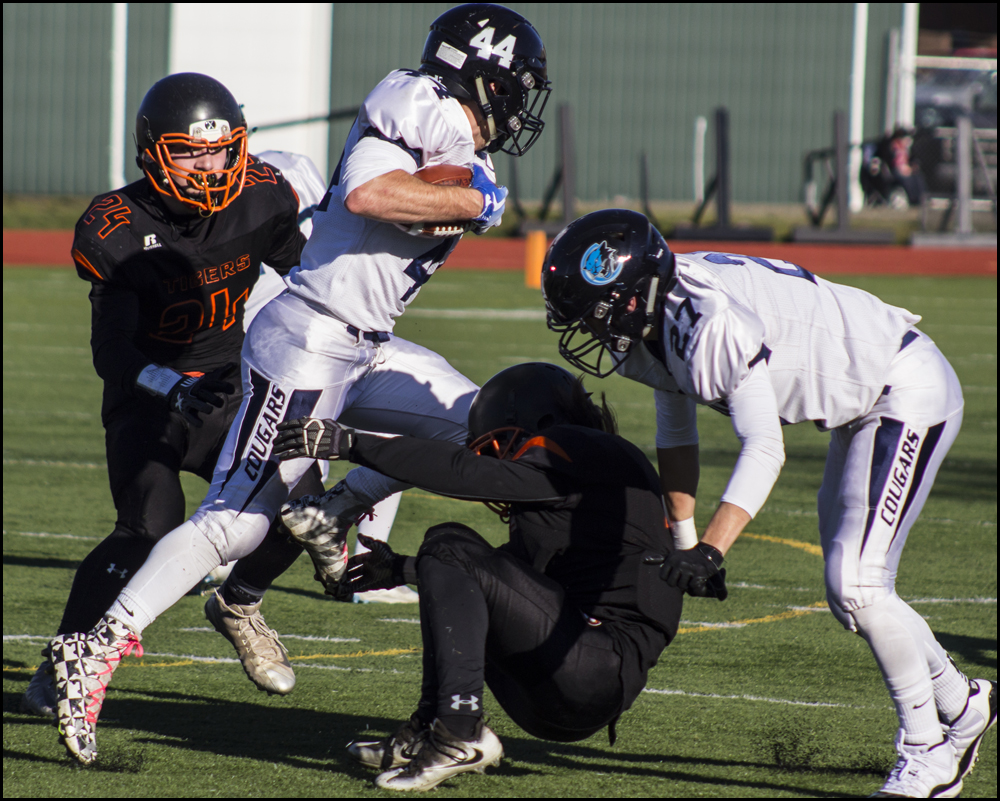 Kaden Krouse is turning heads as fullback, getting some “among the top fantasy football high school players in the state.”

Chewelah hasn’t played a football game this year but they’re already getting respect from the west side of the mountains. The 2B football team made the widest improvement out of nearly any team last year when they made an emergency drop down from the 1A classification. Going from a 1-2 win team from previous years, the Cougars advanced to the State 2B quarterfinals.

The Lewis County-based “Let’s Take About It” produced by the Chronicle in Centralia brought members of the WIAA seeding committee to talk about what teams they were watching.

“Chewelah is a team I would absolutely put in the final four,” Ryland Spencer, writer for Cascadia Preps and 247Sports said. Spencer is a member of the WIAA 2B seeding committee.

While the podcast largely focused on the west side, Stevens County got plenty of love when trying to figure out what this fall’s postseason might look like. Chewelah recently released its football schedule and it is … very difficult … a point not lost on the seeding committee.

The two NE Washington 1A squads advanced to the state title game where the Indians won their first state title in football. Spencer pointed out that Colville’s first two losses – one to 2A Cheney and one to 1A powerhouse Meridian – dogged them in the rankings and seedings the rest of the way.

With their schedule possibly producing a few losses, Spencer said, Chewelah could end up being this year’s Colville with not enough seeding respect while having a very talented team.

“They have Omak, Colville and Newport in their schedule, all very good non-conference teams,” Spencer said. “What if Chewelah goes into the state tournament with three losses or two losses to Colville and Newport? That’s a tough thing. Chewelah is probably a top four team in state, but if they have two losses, people are going to look at that different.”

Spencer added that this could mean postseason road trips for Chewelah, which is tough considering its location up in the NE corner of the state. The Cougars finished 8-4 last year.

Chronicle sports editor Matt Baide agreed with Chewelah’s top four rankings and said that Kaden Krouse, fullback for the Cougars will be one of the top players in the state.

“Kaden Krouse will get the ball quite a lot,” Baide said. “He’s a fantasy player to look at a lot.”

You can listen to the full podcast here.