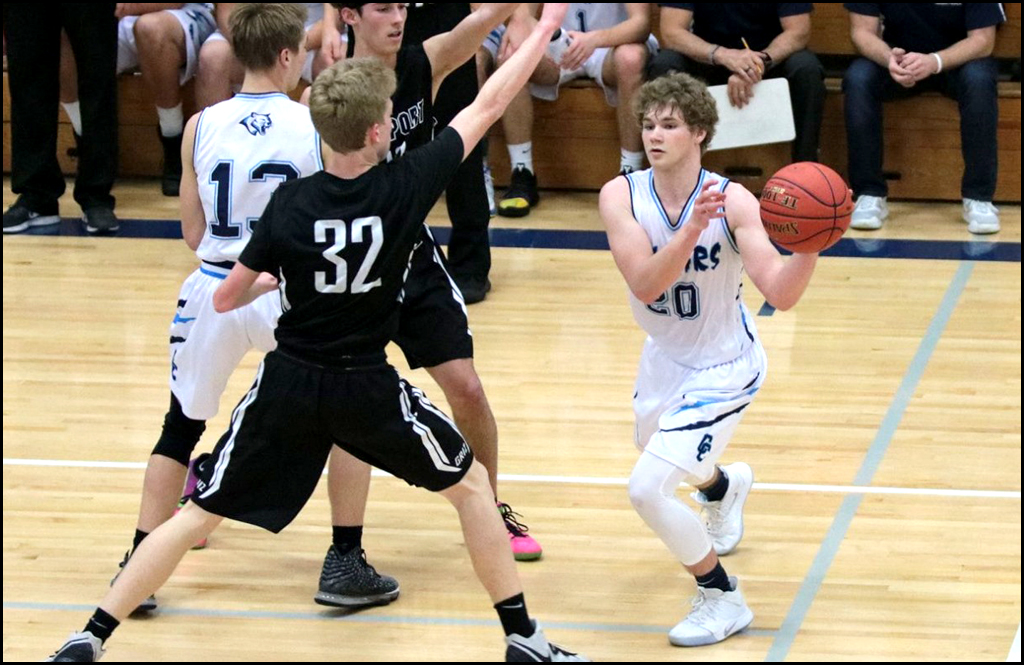 Kubik notches nine against 1A opponent…

Chewelah hit the court Friday night, taking a page from their football team and playing up a level against Newport, and playing the Grizzlies tough all night showing they have the mettle to compete with the bigger schools despite losing 61-48.

A slow start didn’t help the Cougars as they fell behind 20-9 after the first quarter, but the team came back strong to pull things to within seven by the end of the third. Newport managed to get their game back on track just in time to thwart the awakening Cougar (0-2) offense and pull out the win.

Jaron Baldwin was deadly from three-land, knocking down six three-pointers in the game as part of his game high 22 points for Chewelah. Lukas Kubik had another nine for the Cougars, while Jake George added another eight.

The Cougars take on another tough opponent in their next matchup when they host Liberty Dec. 10 at 7:30 p.m.