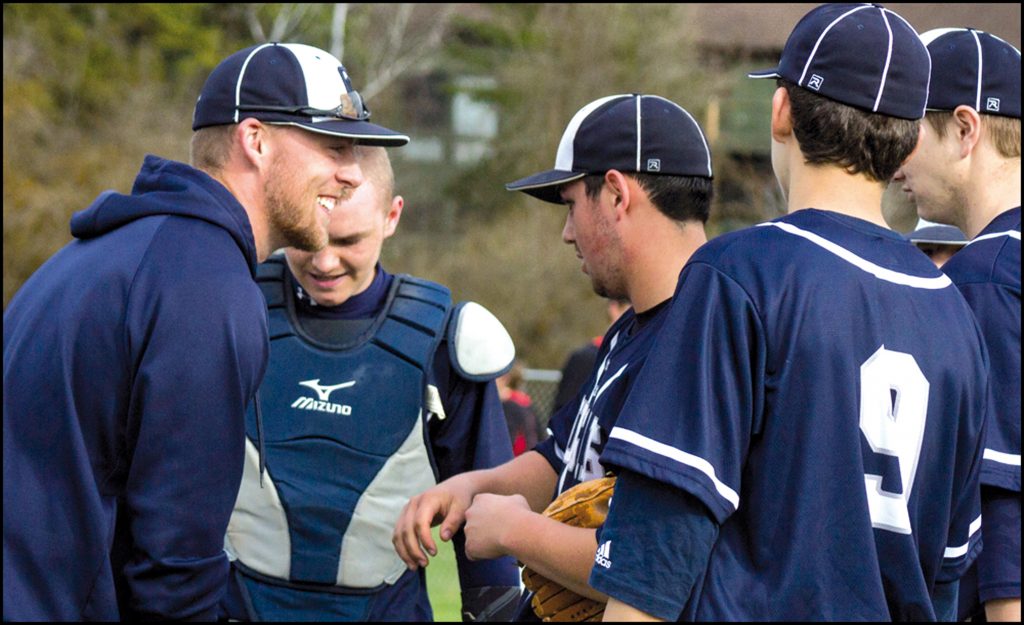 Sawyer Bardwell, the head Chewelah baseball coach, will be stepping down to spend more time with his family after taking the reigns of the program in 2017.

His coaching record for the Cougars is 45-17 and when the games matter – league play – his teams have gone 29-7.

Bardwell coached both the legion and school teams, putting in a lot of hours in the spring and summer. With a growing family, Bardwell decided he would like to spend some more times with his kids.

The Chewelah coach is coming off a season where the Cougars were a win away from the state tournament and won the NE 2B North League Championship. Bardwell was named the coach of the year after his first campaign in the 2Bs.

The Cougars were ranked No. 7 in the state this spring in a league that had four in the top 12 of the MaxPreps rankings. They finished 7-1 in league and 16-4 overall.

According to Max Preps, the team hit .340 altogether and was aggresive on the base paths with 51 stolen bases.

Pitching was a very strong point as pitchers had just a 1.21 earned run average well below the national high school average. Chewelah also had a solid .932 fielding percentage.

Originally from Colville, Bardwell is a teacher at Gess Elementary.

“I really tried to work on team first and creating a positive team culture,” Bardwell said. “I wanted to get the kids to take pride in their program and take ownership.”

Chewelah baseball has had a successful run under Bardwell and turned out some college baseball players as well. This year’s senior class was the first group of kids Bardwell interacted with as a coach, and he said it was a lot of fun seeing them come through the program and achieve the things that they did.

Bardwell was also recognized for his coaching efforts at a prior Chewelah School District meeting.

In 2016, Luke Jeanneret stepped down as coach of the baseball program when Bardwell was an assistant coach at the time.

Chewelah will also be looking for an athletic director as AD Rocky Verbeck took a position in the Marysville School District.

Next year’s baseball team will feature a bevy of talent if everyone chooses to return. There were four seniors on the squad this spring, and some eighth graders also saw playing time.

Ace Andrew Sweat will also return and strike out a bunch of people. James Macrae also saw playing time this year as a freshman.