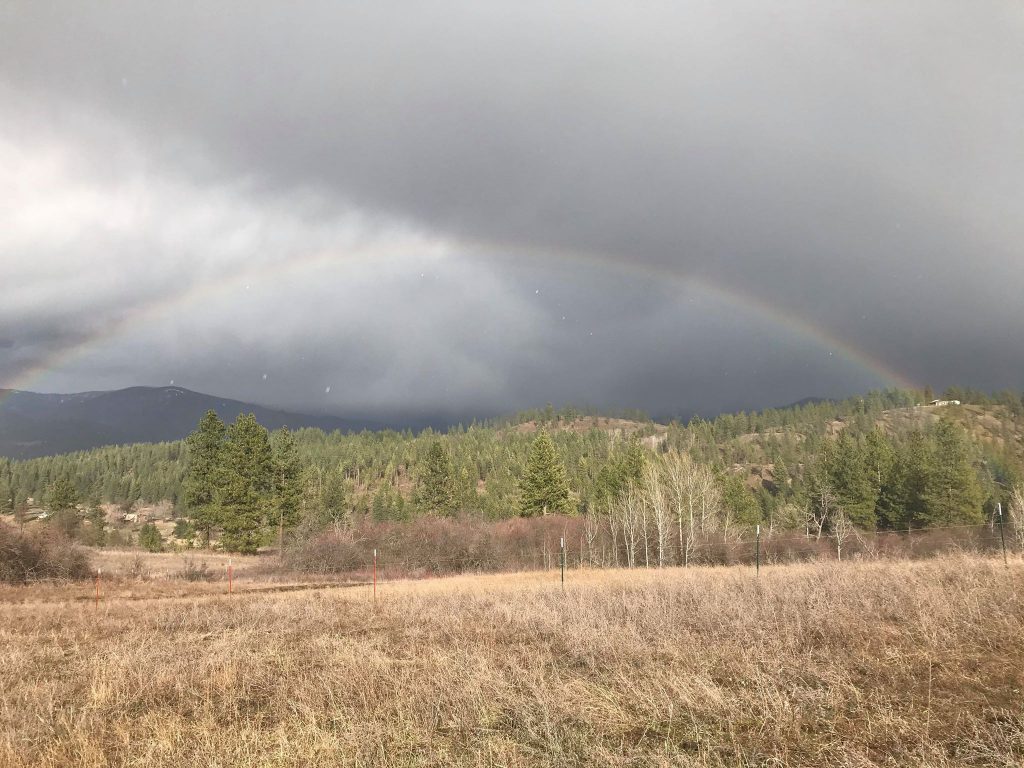 Alysia Erickson took this photo off of Huffman Road over the weekend with a rainbow in full view!

Here is the weather forecast for the Chewelah area this week…

END_OF_DOCUMENT_TOKEN_TO_BE_REPLACED 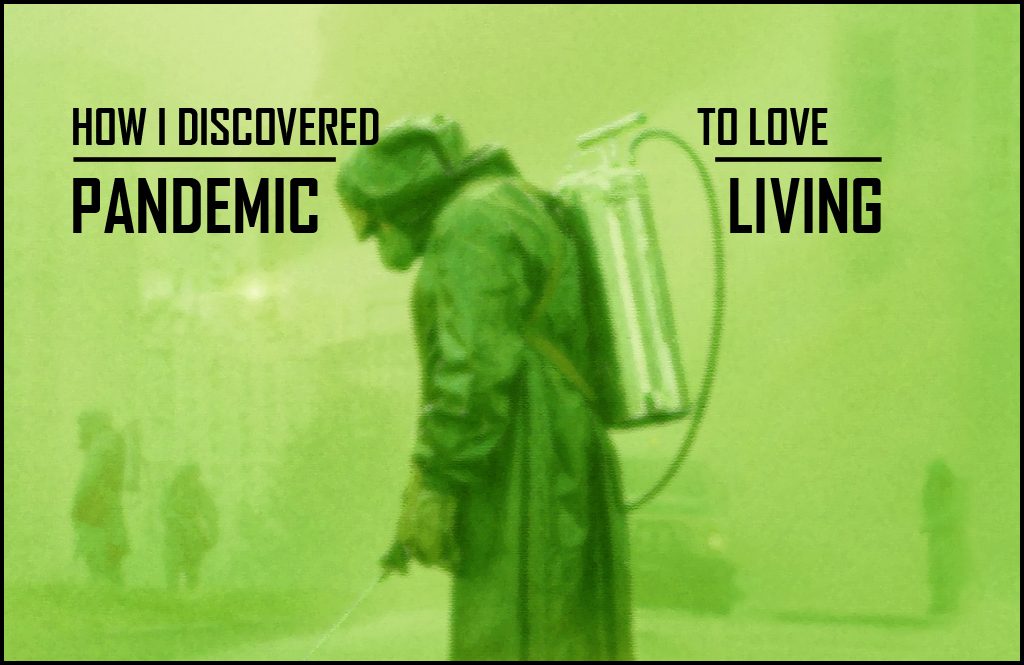 With the “Stay at Home” order and everybody trying to figure out how to grapple with this temporary way of quarantine life, I’ve decided to start putting together a blog, talking about the oddities of coronavirus living. From different fashions, to habits, to the cracked dry hands we all have now from washing too much. The only way we’re going to get through this is with a good heavy dose of humor and I am hoping to provide it right here. END_OF_DOCUMENT_TOKEN_TO_BE_REPLACED 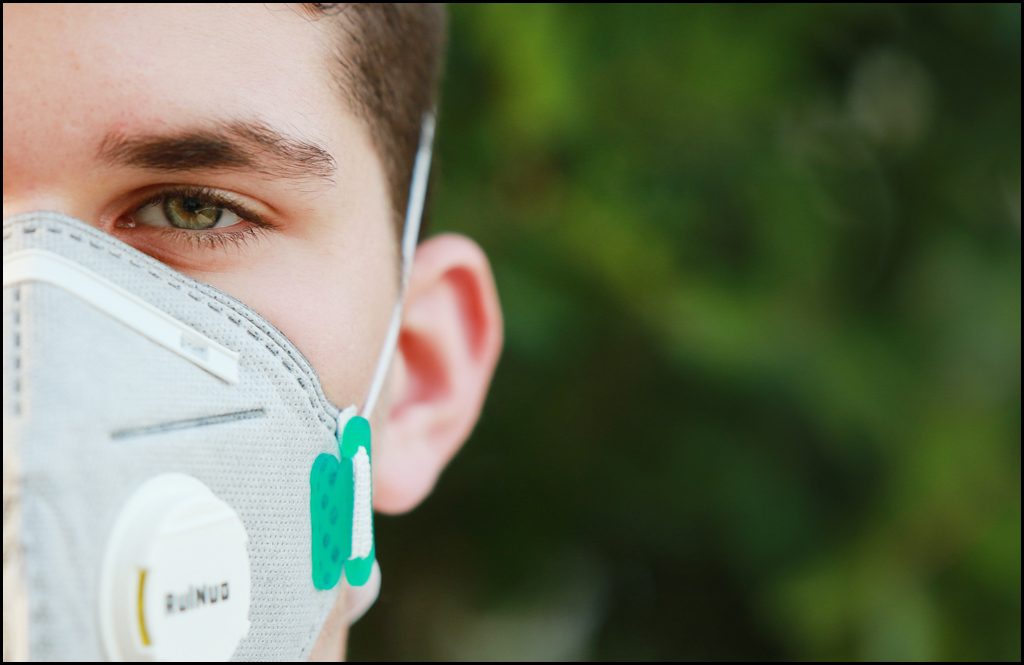 State officials say they had to be “creative,” to obtain protective equipment in global demand…

Millions of N-95 masks and other types of personal protective equipment are being delivered to Washington State as public health and emergency response officials scramble to obtain the equipment needed to respond to the growing COVID-19 outbreak.

Jerrod Davis, assistant secretary for disease control and health statistics at the Department of Health, said there is significant global demand for these kinds of items and right now the state does not have enough to satisfy the needs of its communities.

Davis explained that the state’s joint operations team at Camp Murray, composed of the Department of Enterprise Services, Department of Health, and Emergency Management Division, is working collaboratively with many partners to procure the gear they need. He said health departments across the state report the quantity of equipment that they need and the joint operation team works to fulfill them. END_OF_DOCUMENT_TOKEN_TO_BE_REPLACED 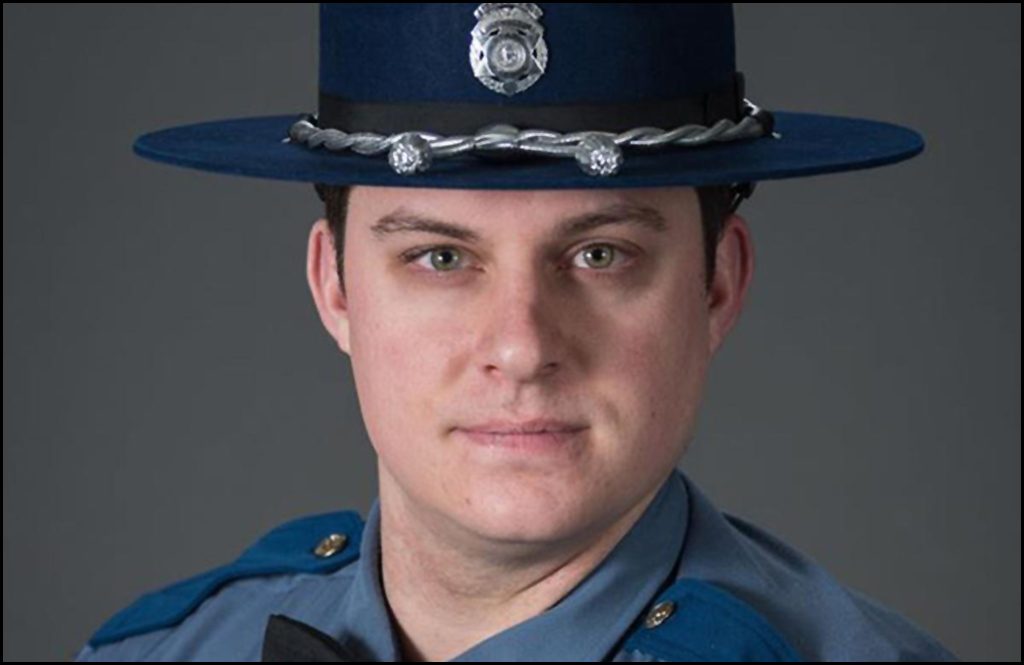 He is the son of Chehalis Police Chief Glenn Schaffer. He is survived by wife Sandra, brother Brandon and his parents, Glenn and Sheila.

“With a very heavy heart, I announce to the citizens of the great state of Washington, we lost a great trooper today,” Batiste said at a press conference. “Justin Schaffer has been with the agency for seven years, he’s done a lot of great things for the agency. He was a K-9 officer, his dog Frankie, we are going to take very good care of, a husband, a son of a police chief in this community and a wonderful mother.” END_OF_DOCUMENT_TOKEN_TO_BE_REPLACED

The next Wolf Advisory Group (WAG) meeting is scheduled for Tuesday, March 31, from 9 a.m. to 3:45 p.m., and Wednesday, April 1, from 9 a.m. to 2:45 p.m. A meeting agenda has been posted to the Wolf Advisory Group page. Although this will be a virtual meeting, the WAG work session will be open to the public to observe and will follow the same format used previously, including public comment opportunities at the end of each day.

This meeting will be held using Zoom, an online web-conferencing tool that allows presenters to share presentations and video and allows the public to listen via computer or phone. If you are interested in joining this meeting please pre-register here. When you register you’ll also be asked if you wish to provide public comment. Pre-registering and noting that you anticipate providing public comment will help ensure public comment goes smoothly in this new digital setting. You can still join the webinar and provide comment during the meeting even if you don’t pre-register. END_OF_DOCUMENT_TOKEN_TO_BE_REPLACED

A new report released Thursday by the Washington State Employment Security Department shows the state is experiencing a dramatic increase in unemployment insurance claims as the fallout over the spread of COVID-19 unfolds.

ESD recorded 133,464 new claims statewide during the week of March 15 through March 21, according to a press release, which amounts to an 843-percent increase over the week prior.

That week coincided with Gov. Jay Inslee’s initial two-week closures of restaurants, bars and other businesses, which was announced on March 16 and put into place the next day. END_OF_DOCUMENT_TOKEN_TO_BE_REPLACED

The Washington Department of Fish and Wildlife (WDFW) today announced its decision to temporarily close recreational fishing and shellfishing statewide in the wake of Washington Gov. Jay Inslee’s order directing Washingtonians to stay home and stay healthy to limit the spread of coronavirus/COVID-19.

The closures will begin at midnight Wednesday, March 25 and last until at least 5 p.m. on April 8, 2020. WDFW will re-evaluate on April 6 whether the closure may need to be extended.

“This is not a decision we take lightly, but it’s the right thing to do for the health and well-being of Washington’s families,” said WDFW Director Kelly Susewind. “Monday’s extraordinary order for the residents of our state to stay home requires all of us to work together to ensure these measures have the intended effect.”

Fishery managers have reported that some anglers have been seen crowding banks as concerns over coronavirus have continued.

END_OF_DOCUMENT_TOKEN_TO_BE_REPLACED

Essential businesses including health care, groceries, gas stations and many others permitted to stay open…

Washington state has joined a number of other states across the country with Gov. Jay Inslee’s announcement of the “Stay Home, Stay Healthy” order prohibiting many businesses and all gatherings for at least two weeks.

Inslee announced the order during an address Monday night. Chief among the order’s stipulations was a ban on all gatherings, both public and private of any size, while also closing businesses both deemed non-essential and not able to offer remote working options for employees.

Washington campgrounds to close through April 30

On March 22, the Washington State Parks and Recreation Commission(Parks), Department of Fish and Wildlife (WDFW) and the Department of Natural Resources(DNR) announced the closure of all state campgrounds across Washington to help reduce the spread of COVID-19. Campgrounds will remain closed through April 30.

The closure includes roofed accommodations like cabins and yurts.

No new campers will be allowed into Parks, WDFW or DNR lands beginning Monday, March 23. Current campers will be phased out following instructions from land officials. END_OF_DOCUMENT_TOKEN_TO_BE_REPLACED