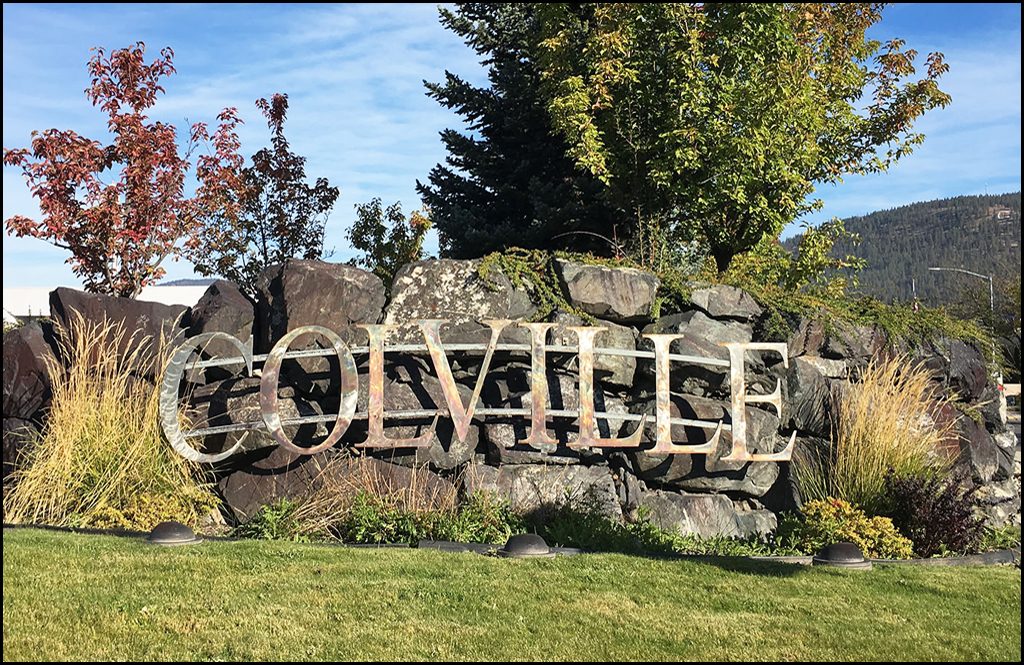 The City of Colville announced that it will be closing the Colville City Pool for the 2020 season, due to the ongoing COVID-19 pandemic. The Colville City Council recently made the decision and Colville Mayor Ralph Lane Jr. made a statement about the closure on the city’s website.

“These are such trying times for all worldwide, including us here in Colville,” Lane Jr. said. “First and foremost, I want to clarify that this determination by Council was not made by them alone. It was in concurrence with Department heads and Mayor and yet as they are the financial decision-making body for the City, this choice could only have been made by them.”

Operating the city pool costs the city approximately $100K a year, Lane Jr. said and while that changes depending on repairs and other issues that might crop up at the facility, about a third of that is committed to startup costs. This could be an issue for a small city like Colville where they could see the pool never open to the public for restrictions or be open for just a few weeks.

“In any given year, it takes roughly two months of preparation, cleaning, filling, balancing and heating the pool and its water for it to be ready for public use,” Lane Jr. said. “It holds approximately 300,000 gallons of water and so it takes time to complete these tasks and in each season, the costs to open it are about the same.”

The city also has to hire and train staff and the cost-per-month is unpredictable to run the pool because of equipment failures and bad weather causing poor turnout, the mayor added.

Lane Jr. fully supported the council saying that the decision was a heavy one. Along with the safety of those using the pool – where PPE usage would basically be impossible – the City of Colville will have to contend with an upcoming financial situation for all levels of government both state and local. Washington recently announced that government agencies should expect to cut their budgets 10-15 percent for next year.

END_OF_DOCUMENT_TOKEN_TO_BE_REPLACED

A LOOK AT CHEWELAH FROM AFAR… 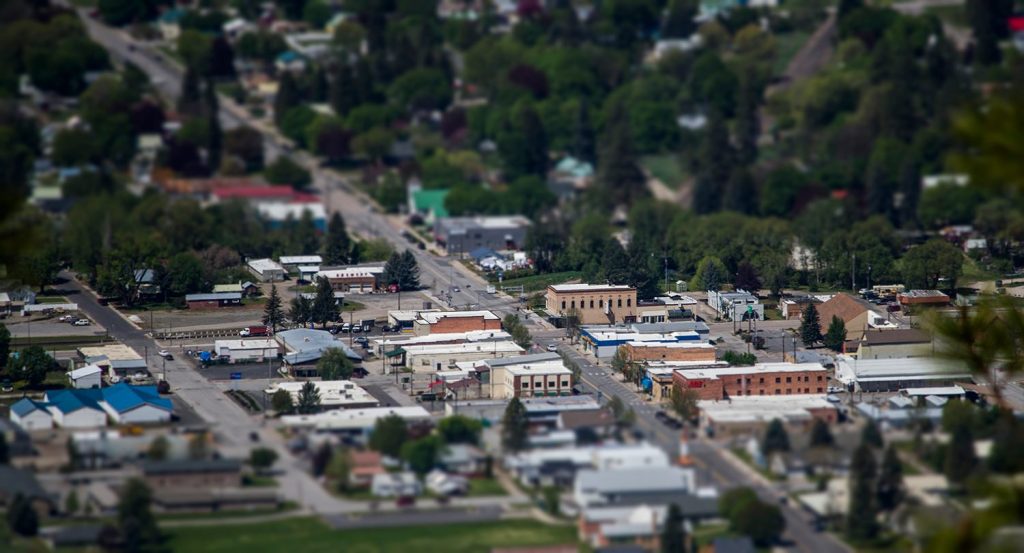 Using a tilt-shift focus effect on a photo from Quartzite Mountain, Chewelah looks like a toy village from afar. (Brandon Hansen photo)

END_OF_DOCUMENT_TOKEN_TO_BE_REPLACED

We have all been living, working and learning at home and we all want faster internet. For many of us, however, residential internet access is an issue and it’s more evident now during this pandemic.

We will be doing this testing through May 22, 2020, and we can be contacted Monday through Friday between 8 a.m. and 4:30 p.m. This survey includes over 6,400 students (K-12) and college students as well as parents required to work from home. It will provide the most accurate collection of internet speeds while demand of internet usage is the highest. Contact one of us below if you do not have residential internet service.

END_OF_DOCUMENT_TOKEN_TO_BE_REPLACED 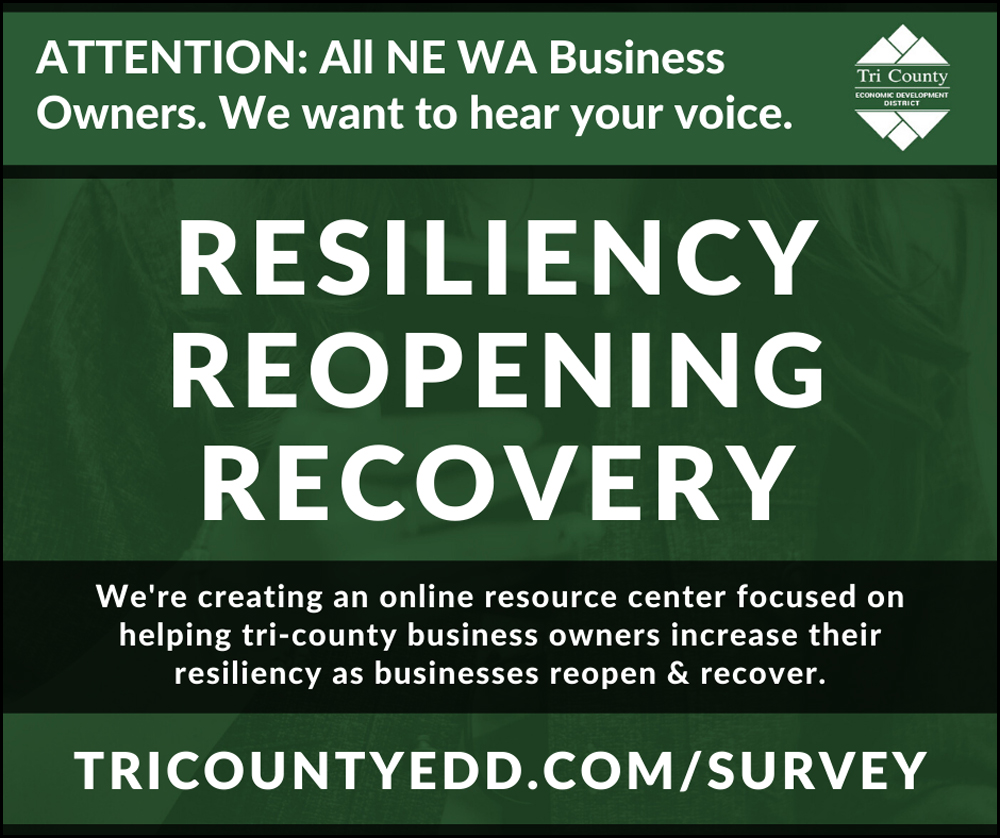 Due to the spread of COVID-19 and the subsequent lockdowns, TEDD is seeing an increase in questions from regional business owners about doing business online, planning for a strong recovery, and reducing the impact on the bottom line.

Feedback and input from every size and type of business in the region is vital to our success. TEDD wants to know what kinds of support, training, and tools you and your business need.

TEDD would appreciate your taking the time to complete our “Regional Small Business Needs Assessment” survey. It will take about 10 – 15 minutes of your time. Your answers are completely anonymous. END_OF_DOCUMENT_TOKEN_TO_BE_REPLACED

On May 11, WDFW staff responded to a report of an injured calf in a private pasture in Stevens County to conduct an investigation. The incident occurred within the Wedge pack territory.

The injured calf was monitored but died from its injuries the following day. The affected livestock producer lives near the pasture where the incident occurred. Wolves were hazed away from the calf when it was being attacked. A Cattle Producers of Washington range rider was assigned to the area.

Washington Governor Jay Inslee is apparently dropping the requirement for restaurant customers to provide their name and contact info during the COVID-19 pandemic, the Everett Herald is reporting.

“I think where we’ll end up is giving customers an option of leaving a phone number or not,” Gov. Jay Inslee said at an afternoon news conference.

He added that he would have more to say on Friday.

This comes after some outrage online that restaurants would be required to keep a log of those dining, so that contact tracing could be carried out from a positive COVID-19 case. The information would be used if a worker or customer tests positive, information in the log can be used to track down those who may have come into contact with the infected person. Inslee has emphasized the information would be kept private and restaurants could not use it for any private or commercial purpose. END_OF_DOCUMENT_TOKEN_TO_BE_REPLACED

WDFW Question of the Day: What does social distancing mean outside?

Washington Department of Fish and Wildlife staff in the Colville office gets a lot of questions from the public and one we’ve heard recently is- we’re hearing that we are
supposed to “hunt and fish locally” and continue practicing social distancing. What does that mean when outside?

WDFW is encouraging people to hunt and fish in their direct community if possible, to avoid spreading the COVID-19 virus. There are many great places to do this in northeast Washington so that isn’t a challenge. END_OF_DOCUMENT_TOKEN_TO_BE_REPLACED

BLAST FROM THE PAST: High Flume of the Fruitland Irrigation Company 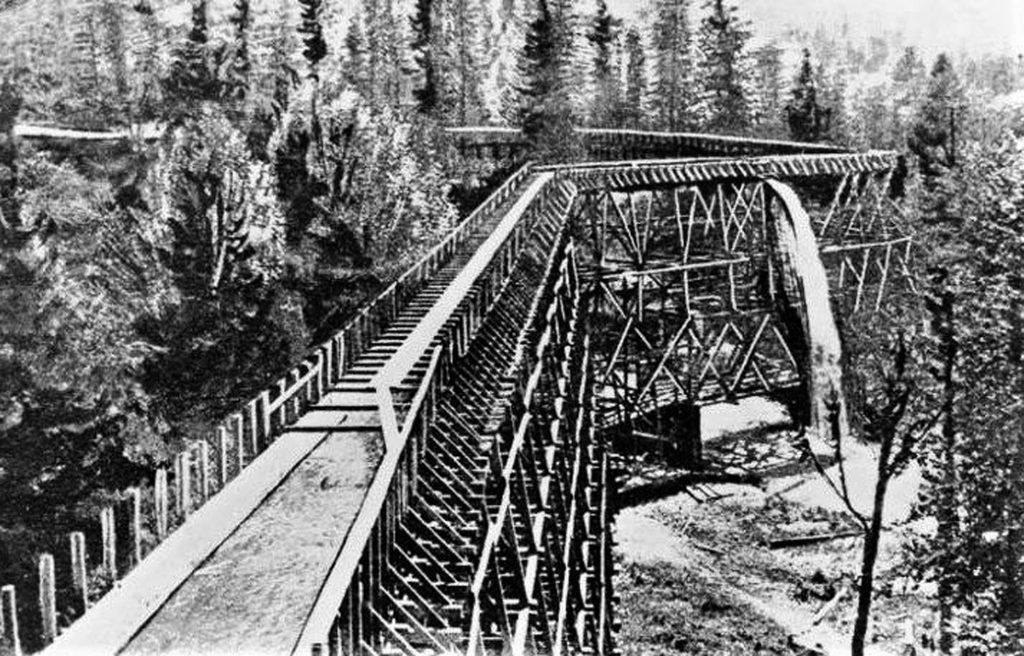 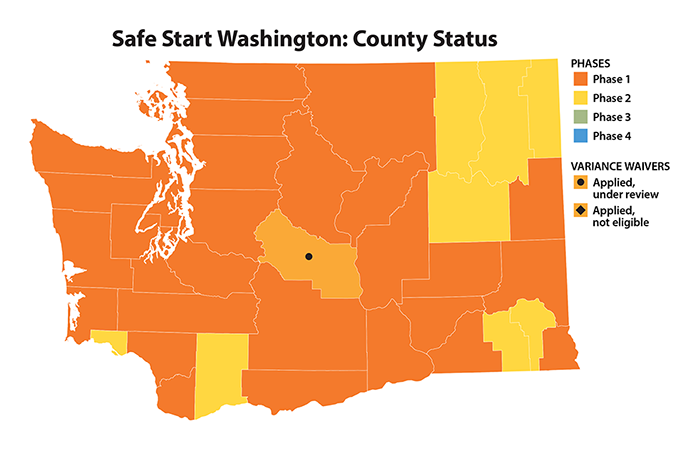 Businesses in the counties approved to move into Phase 2 must wait to reopen until guidance has been released for their industry on how to keep workers and the public safe. They must comply with all health and safety requirements outlined in that guidance to reopen. END_OF_DOCUMENT_TOKEN_TO_BE_REPLACED

Planning for Clayton’s Brickyard Day 2020 has been cancelled due to uncertainty surrounding public gatherings and the potential risk of infection to those attending the day’s activities.

“While no one can know what the future holds, there is a significant chance we will still be in the midst of the current global health crisis even as late as August. We believe people’s health and well-being should take precedence over tradition. With this ideal in mind we regretfully suspend planning for and cancel all activities related to Brickyard Day 2020.”

“We hope everyone stays safe and we look forward to celebrating next year’s Brickyard Day in an atmosphere free of the virus and all of the restrictions that go along with it!”