A big fourth quarter put the game out of reach for Selkirk as they took down Hunters at home 67-44.

The Rangers (8-6, 5-1) took a 7 point lead after the first, but the Lions (2-10, 0-4) played tough and kept the game close, going into the final quarter down just 6 points. That’s when the Rangers went off, outscoring Hunters 23-8 in the quarter and putting the game away for good.

Ryan Zimmerman had a game high 17 points for Selkirk, and Jay Link pitched in 16. Hunters was paced by the 16 points of Corbin Nelson, while Ryan Reynolds also added 10 points.

Hunters will next play host to Republic in a league matchup Jan. 12 at 6 p.m.

Wellpinit opened their Friday night league game against Northport with an offensive explosion that ultimately led to an easy 76-40 win over the Mustangs.

Trenton Baribault had a game high 18 points for Northport, and Jacob Corcoran had 10 for the Mustangs in their loss.

Wellpinit will next host Inchelium in a league game Jan. 12 at 6 p.m.

Northport faces off with Almira-Coulee-Hartline on the road Jan. 12 at 6 p.m. 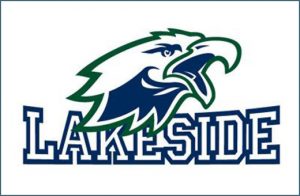 Lakeside looked for a big win on the road Friday night against Deer Park but came up short in a 62-52 loss.

The Eagles (9-5, 4-2) were hoping to knock the Stags (14-0, 6-0) from the ranks of the unbeaten in the game. Lakeside played the Stags tough throughout, but faltered in the second quarter.,  The Stags outscored Lakeside 20-11 in the quarter, which proved to be all they needed to hold on for the win.

Lakeside was led in the game by Crosby Geisa’s 11 points. Deer Park was led by the 21 points of Isaac Burglund.

Lakeside next faces Medical Lake in another road contest Jan. 15 at 7:15 p.m.

A fourth quarter rally came up just a little short for Kettle Falls against Davenport, as they lost 55-52.

Davenport (4-8, 2-4) built up a 10 point lead going into the fourth quarter, but the Bulldogs (7-7, 2-2) fought back with an offensive barrage that nearly pulled off the comeback.

Matt Thomson and Charlie Andrew both topped 20 points for Kettle Falls, with Thomson getting 24 and Andrew adding 20. AJ Floyd scored 16 to lead Davenport in scoring.