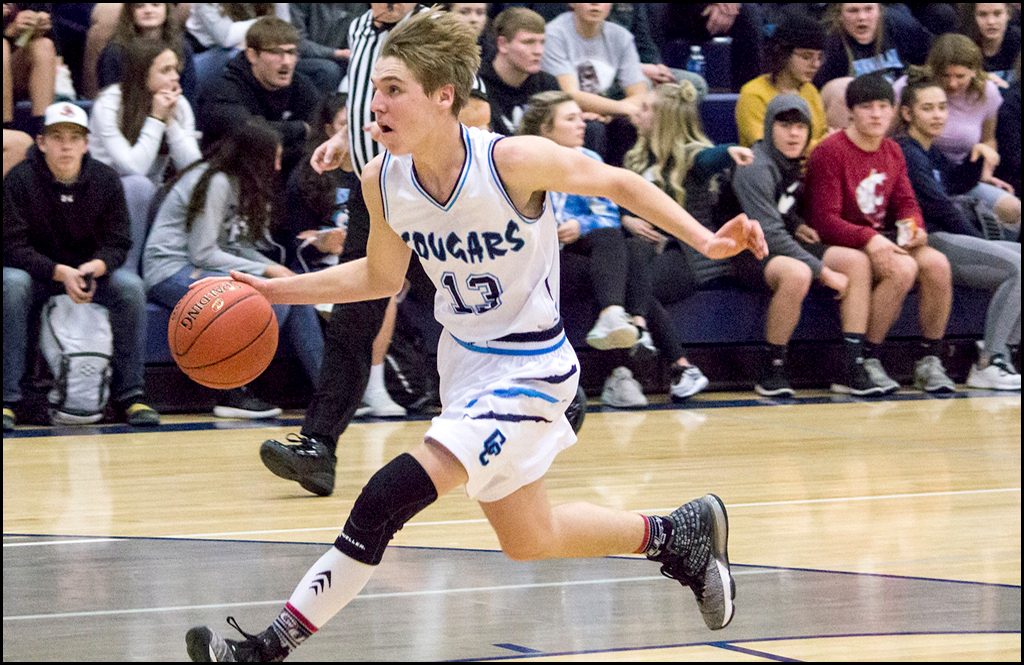 Davenport’s Jarrett Jacobsen hit the go-ahead bucket in a 63-59 victory over Chewelah in a double overtime NE 2B North matchup on Saturday.

Chewelah’s Lukas Kubik hat hit two free-throws to force a second overtime in the Cougars’ home gym, after a Nick Franks three-pointer had tied things up at the end of regulation.

It was a tight matchup between the two teams, as Chewelah found itself trailing 20-19 at halftime and leading 31-30 after three quarters.

The Cougars fell to 9-8 on the season and 4-3 in league play despite 23 points from Kubik and another 10 points from Jaron Baldwin.

AJ Floyd led Davenport with 24 points. The Gorillas improved to 3-3 in league play and 5-10 overall.

Chewelah will travel to Kettle Falls on Friday in another NE 2B North matchup.