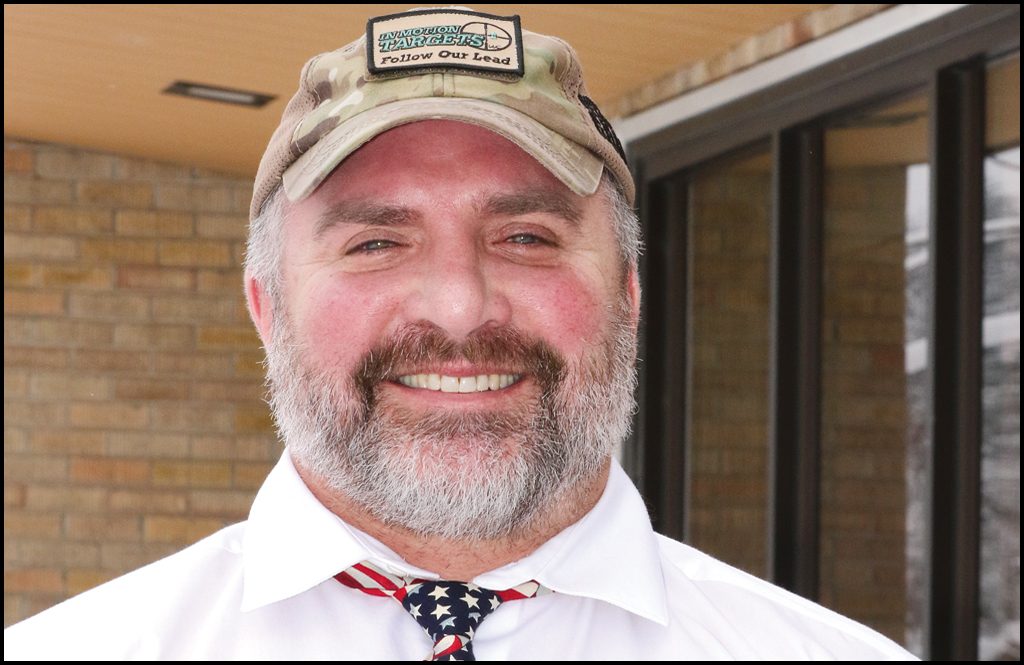 Dr. Robert Gumm has been hired as the county’s Veterans Service Officer under a new pilot program by the state. (KS Brooks photo)

IMPORTANT POSITION: Bob Gumm hired as Stevens County VSO, serving as an important link for veterans to benefits and assistance…

The Stevens County Commissioners have hired Dr. Robert Gumm to be the Veterans Service Officer (VSO) for the county under a new pilot program.

While Dr. Gumm will focus primarily on Stevens County, he will also serve Ferry, Pend Oreille and Lincoln Counties. His position was made possible by state funding due to legislation initiated by Representative Jacquelin Maycumber (R-Republic) to provide a certified VSO for counties with a population of less than 50,000 residents.

Stevens County’s portion of the grant is $206,730 and covers an 18-month period. At the end of that time, the goal is to have enough data to continue the funding from the state level. “Bob will be overwhelmed,” Commissioner Wes McCart said, “but we’ll be able to show the level of need and why a VSO [is needed] for counties under 50,000 [in population].”

Historically, the Spokane VSOs were coming up to service Stevens County, but with Dr. Gumm in the new position, there will be a closer option. “I have had veterans share stories of getting rides to Spokane Valley and sleeping on the doorstep of a veterans service office just to receive the services they have already earned,” Maycumber previously told The Independent back in May of 2019.

Now, Dr. Gumm will have an office in the Stevens County Commissioners’ building and will also travel the area to be more accessible for veterans. Spokane VSO’s will also continue to service the area.

He is planning to schedule visits to Suncrest, Chewelah, Northport and Wellpinit, and intends on traveling to neighboring counties two days per month. Gumm suggests veterans call in advance for appointments so that he can help them to determine what type of paperwork they will need to bring with them. Calling in advance will also help avoid having to wait to see him.

While Gumm has been performing a very similar job as the accredited Veterans Services Officer for the American Legion for the past five years, he will be undergoing both state and federal training to receive his certification and accreditation. One of the deciding factors in choosing Gumm for the position, out of 10 excellent candidates, was his experience in submitting claims, and the fact that he can connect with veterans in rural areas, McCart stated.

Gumm graduated from Colville High School in 1991 and joined the U.S. Army the next year. He served with the 7th Infantry Division out of Fort Ord, California in the Rapid Deployment Unit. After that, he was in the Reserves until he was medically disqualified in 2000. Gumm comes from a long line of veterans, with family members serving as far back the French and Indian War and the American Revolution.

After the Reserves, Gumm was hoping to serve the Armed Forces in a different capacity, so he went to school and received his BA and Masters from Whitworth College, and then his Doctorate from Northcentral University. His dissertation was on servant leadership and athletic coaching.

In his first week as Stevens County Veterans Services Officer, Gumm saw 35 veterans. “If a veteran needs my help, I help them,” he said. “When veterans walk through the door in my office, he’s the only veteran right there for the next hour. And we go through all his benefits, everything. We find out what they need medically, what their family needs are, if they need insurance, what compensation level they can get, because the higher your compensation level, the more medical care you get.”

Gumm explained that every time a veteran applies for something, everything they receive is under scrutiny. “A lot of my veterans are scared to pursue more because they’re scared of losing what they’ve got,” he said, which makes it very important for veterans to come in so they navigate that together with the proper paperwork. While many veterans do pursue medical needs, Gumm said they tend to neglect psychological counseling. “The WDVA PTSD Counseling program has been a huge help and has helped so many of my veterans.”

The commissioners are striving to have Gumm be the connection point to all veterans’ resources and advisory committees here and in other counties. He will offer assistance with federal, state, and local benefits for veterans.

“We’re asking Bob to … try and network with the other services that are out there,” Commissioner McCart said. “So we have a lot of voluntary service officers, including the American Legion, the VFW, who are writing up requests for our veterans relief funds, for veterans who just need that little piece, you know, ‘I need firewood to keep me through winter,’ that little extra thing to get them over the hump. Bob’s there to help assist that. Those folks are still doing that. It’s great. But a lot of times you’ll run into a veteran that needs more than just that; that’s where Bob’s position comes in.”