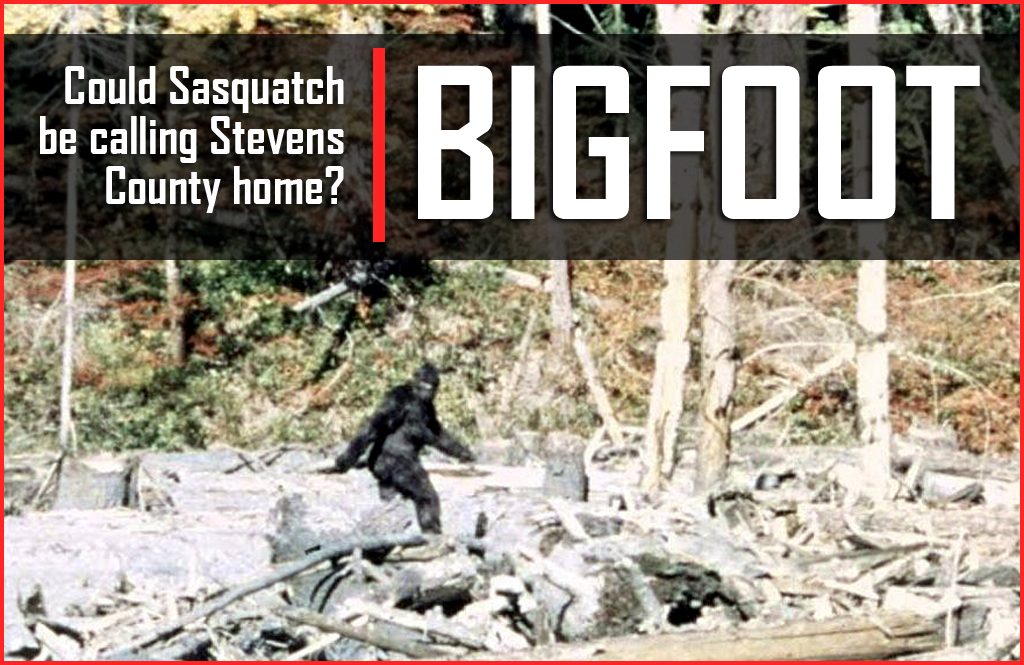 Over the past few weeks, everyone and their brother has been claiming their town or state is home to Sasquatch. This surge comes on the heels of the FBI’s release of a 22-page report revealing that it had tested hair and tissue samples back in the 1970s to determine if they came from… Sasquatch.

While the results showed that the samples belonged to deer, many people are not discouraged by the findings, as they claim that this is typical of the government’s treatment of anything to do with Bigfoot.

States such as Vermont, New York, Oregon, Ohio, California and others boast of their Sasquatch sightings – but only Stevens County, Washington has a famous Bigfoot print in the Hearst Museum at the University of California, Berkeley. The print, which belongs to a creature named “Cripplefoot,” as the print created by the left foot demonstrates a deformity, was discovered in the late 60s in Bossburg, Washington, now a ghost town between Evans and near Northport.

Stevens County is a hotbed of Sasquatch activity according to Will Ulmer who runs the Bigfoot of Stevens County page on Facebook. A true skeptic, Ulmer started searching for Sasquatch about seven years ago because he was curious. “Until I see a bigfoot, he’s not real yet,” Ulmer said.

Ulmer started the Facebook page in hopes of getting stories from locals, and since then he’s received “hundreds of stories – the oldest are from the early 1950s to the newest from just a few days ago.” Many of the reports are of vocalizations, wood knocks and tracks, but mostly, people hear screams. Some people report having rocks thrown at them while hiking. “That’s happened to me a few times,” Ulmer admitted.

“I could be just wasting my time, but I’m enjoying it,” he said with a smile.

Reports of Bigfoot activity are still coming out of the Bossburg area: a sighting, tracks and screams. Ulmer tried to look for the site of original “Cripplefoot” tracks – where they found over 1000 tracks. But with nearly 50 years having passed, he didn’t have any luck.

Instead, Ulmer found three sets of tracks – two large and one little – that appeared to have come down from the mountain to the shores of Bayley Lake. Other people have found 18-inch-long tracks by the lake, and Ulmer said he’s received probably about 20 reports from just Bayley Lake alone. And, according to Ulmer, there have been even more reports from Sand Canyon Road in Chewelah.

Ulmer has nicknamed this area Sasquatch Alley which goes from Big Meadow Lake to Radar Dome and Tiger Highway, down to Sand Canyon.

The best tracks he’s found, however, were 16-inches long and came from up near Sheep Creek where there were seven-crossing a logging road – and the stride between them was about 6.5 feet.
“We were camping in August – everything was super dry – hard as a rock – we couldn’t leave our own boot prints – and the night before we heard screams, wood knocks and there were rocks being thrown into camp,” Ulmer recounted. He was able to get a plaster cast of the print which clearly shows five toes.

When it comes to Sasquatch investigating, Ulmer admitted, “I wasn’t planning on doing it for seven years. I thought I could spend a few months out there, but the more time I spend, the more questions are raised.”