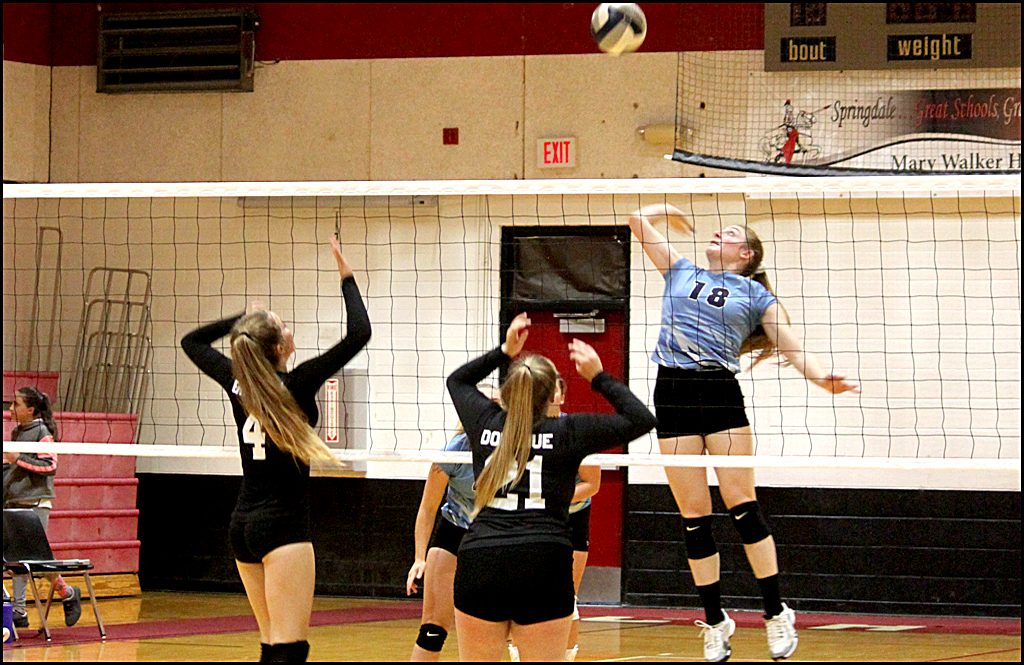 The only thing that was missing was Frodo and perhaps Gandalf. An epic five-set match unfolded at the Mary Walker High School gym, full of twists, turns and long rallies, lasting hours into the evening. In the end, the Cougars outlasted their Stevens County rival Springdale in drama fashion 22-25, 25-17, 37-35,-28-26, 15-9.

Lilly Kirry led the way with 19 kills and 22 digs to go along with two blocks, while teammate Alyssa Fitzgerald notched 16 kills and had 16 kills. Elle Carpenter had 56 assists and 2 aces. 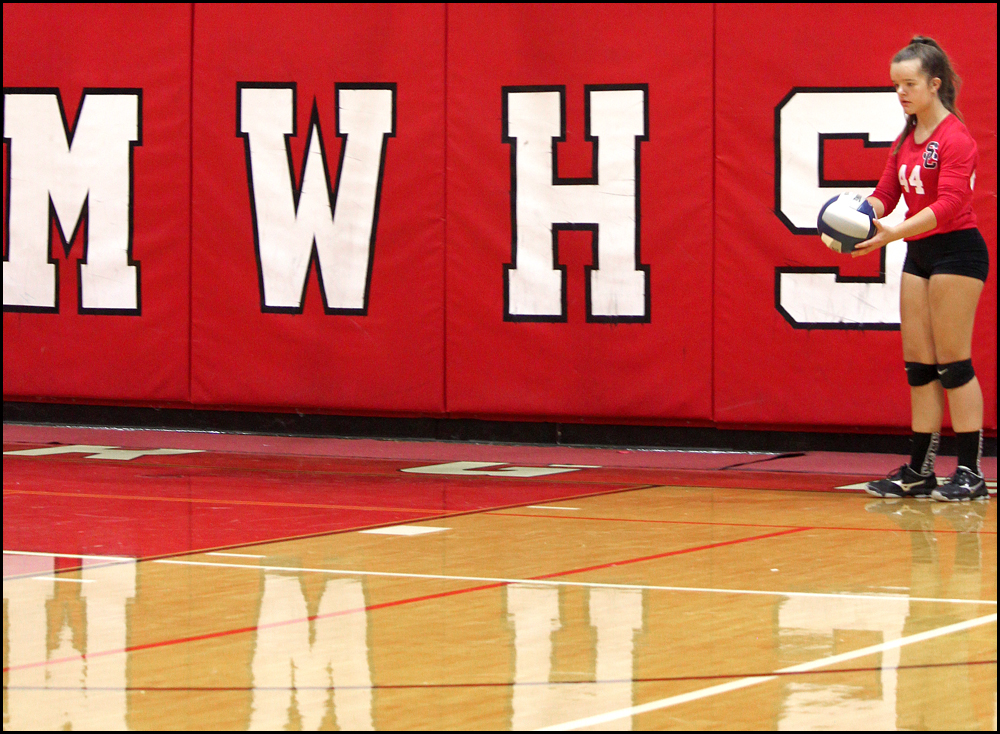 On the other side of the next, Springdale was equally impressive. Perhaps one of the strongest teams Chewelah will play all year on their schedule, the Lady Chargers have a bevy of experience players and have already downs bigger schools in two tournaments to begin the year.

Springdale was led by Andrea Wellhausen’s 15 kills, while libero Mattea Gines had a whopping 64 digs and three aces. Macey Gines dished out 21 assists in the matchup.

The loss dropped Springdale to 8-2-1 on the year but this is very much a post-season preview for both teams. Springdale has defeated bigger 1A schools like Medical Lake, Stevenson, College Place, Kiona-Benton and Connell in tournament action.

Chewelah had a close shave loss to Colville to begin the season but has since defeated Davenport and Springdale, now they will host state power Northwest Christian on Thursday at 6:30 p.m. 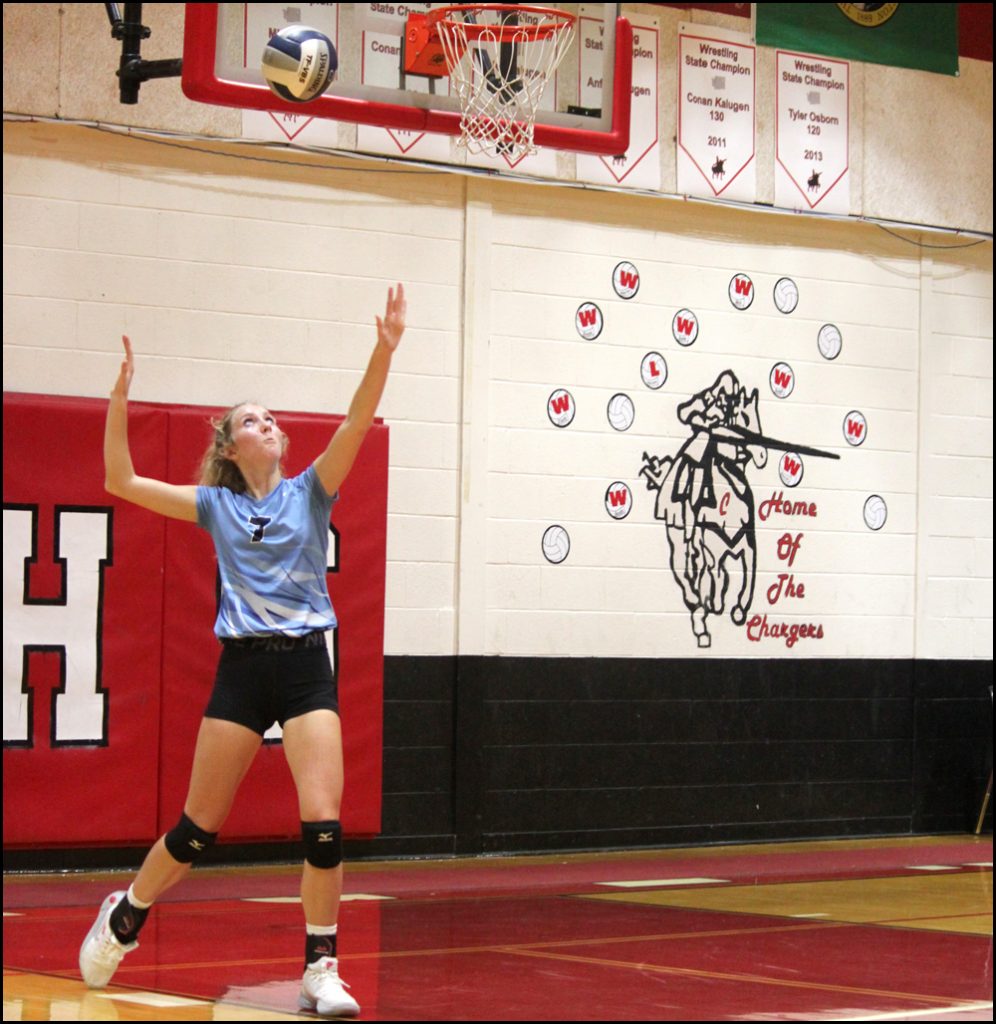 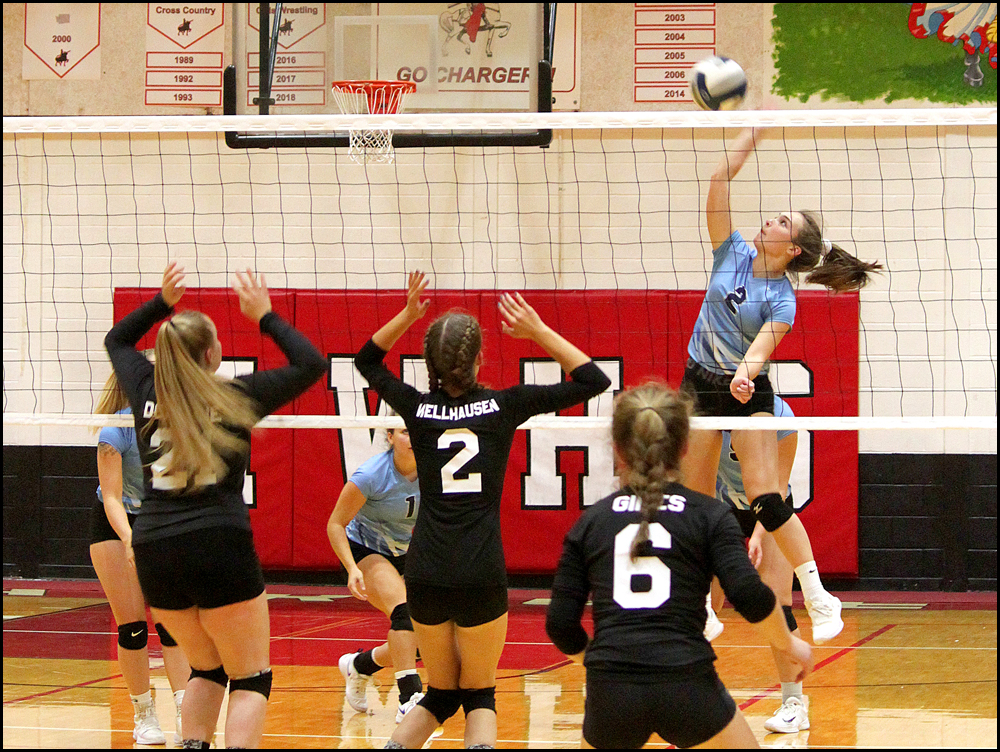 Maili Masuda sends the ball over the net for Chewelah.