“Be ready” evacuation advisory in place for Fruitland area 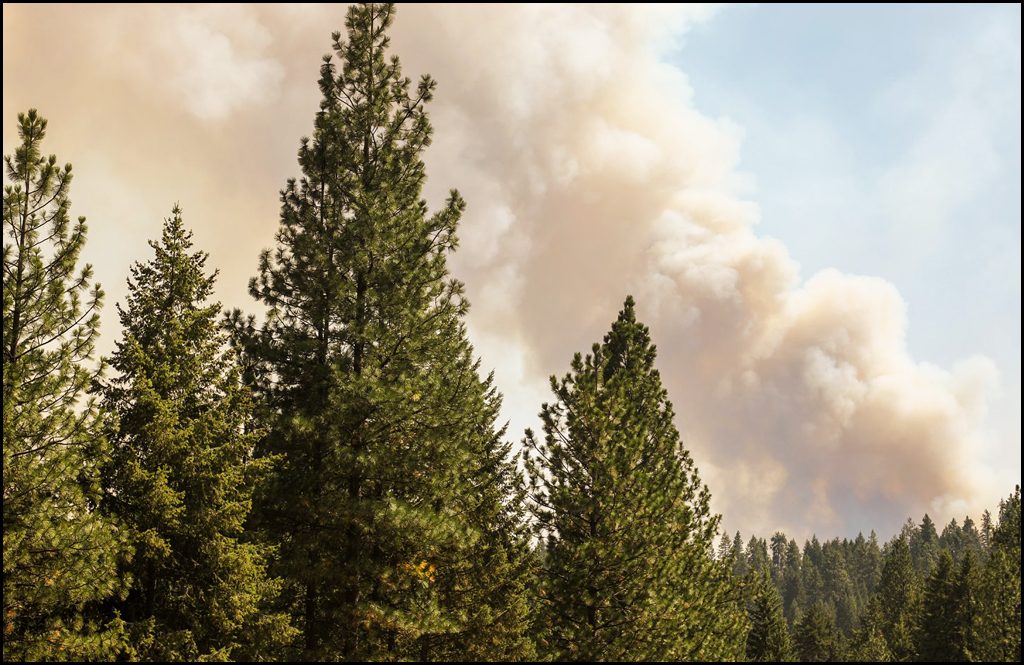 The Williams Flats Fire has been pouring smoke into Stevens and Spokane County. (Courtesy photo)

While smoke has been pouring into Stevens County for days now, the Williams Flats Fire burning on the Confederate Tribes of the Colville Reservation is now reaching a point of worry for first responders in the county.

An advisory evacuation notice has been put in place in the Fruitland area of Stevens County. This is a “get ready” notice but officials are still urging people not to panic as this is only a precaution. The fire is on the other side of the Columbia River and has grown to 21,190 acres while being 25 percent contained.

The Stevens County Sheriff’s Office and Stevens County Fire District No. 2, in conjunction with the Spokane Tribe of Indians, has issued a Level 1 evacuation notice for the Enterprise, Two Rivers and West End communities. This is because of ash falling across the river along with high temps and low humidity. 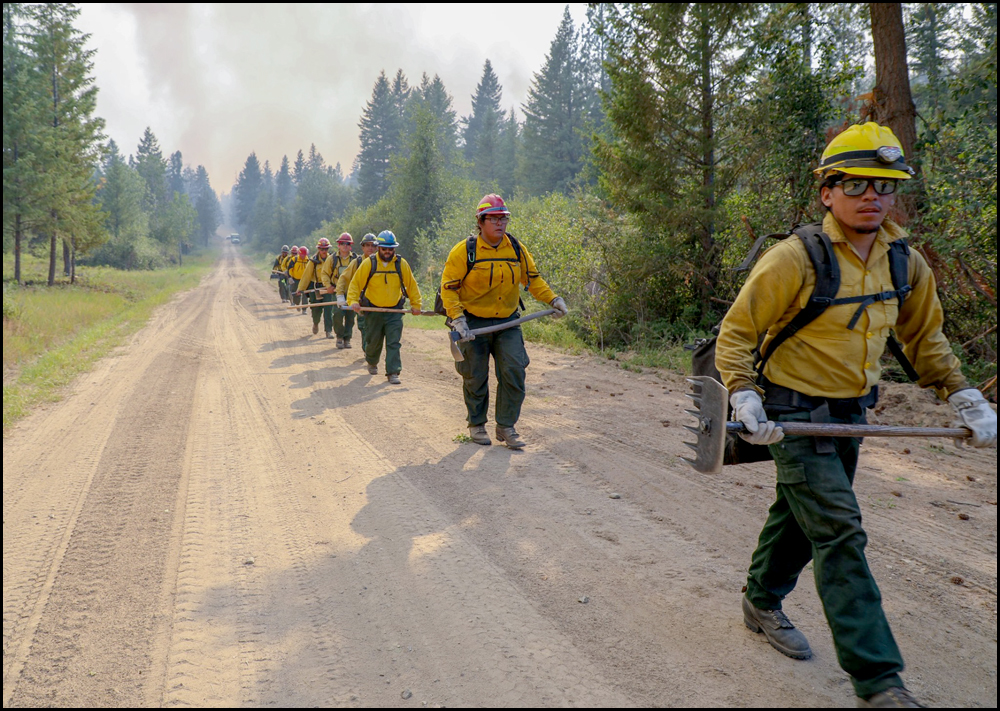 Firefighters work on the Williams Flat Fire on the Colville Indian Reservation. 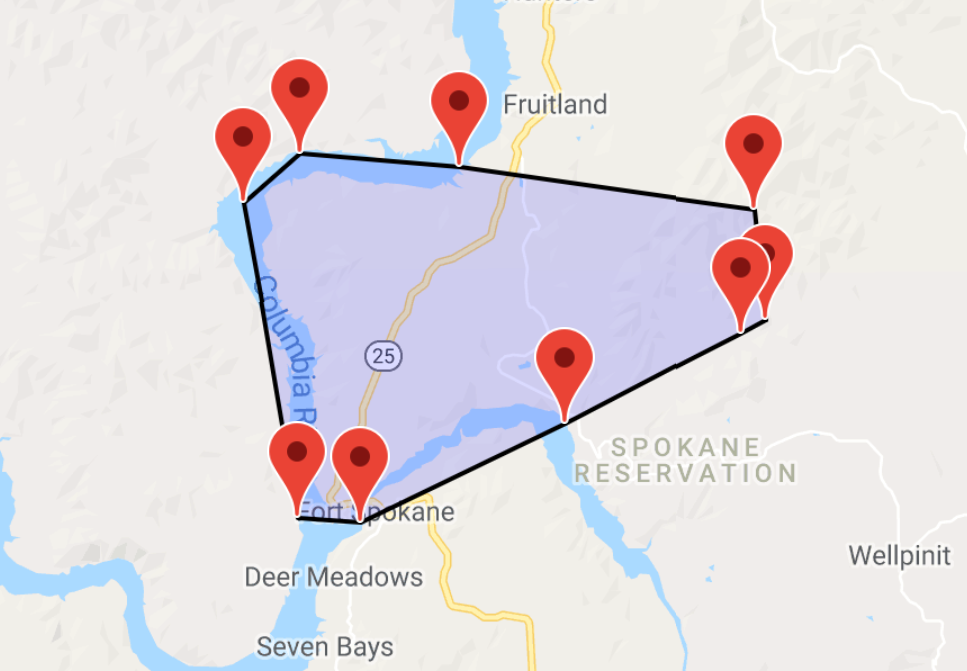 Here is the area of Stevens County where a evacuation advisory has been issued. People are not urged to panic as this is just a precaution if the fire jumps the river. (Courtesy photo)

Again this is just a precaution in case the fire jumps the river.

Over 870 firefighters are working on the blaze, including several hand crews, eight helicopters, 26 engines, 12 dozers and 23 water tenders.

Smoke continues to affect air quality in the area. Chewelah on Wednesday had moderate air quality and people who suffer respiratory issues are told to avoid prolonged or heavy outdoor exertion.

In Ferry County, a level 3 evacuation zone has been established, from the intersection of Little Nine Mile Creek with the Nine Mile-Hellgate Road, draw a straight line west to the Whitestone Lookout. All areas south of that line are now at a Level 3 Evacuation —-”Leave Now.” All residents of the area are advised that for their own safety, they need to leave now. All homes are currently not in immediate danger but the road may be cut off by the fire.

An update at 4:15 p.m. on Wednesday said that the fire continues to move eastward and is approximately one mile west of the nearest structures. The Williams Flats Structure Protection Group is on site prepping around the structures and homes preparing to defend them.

A Temporary Flight Restriction (TFR) of 10 miles surrounds the Williams Flats and Lundstrom Fires. The area is required for the large aircraft to safely manuever when dropping retardant. If someone flies a drone in the area, firefighting aircraft will be grounded for safety reasons. This happened on Tuesday when a drone prevented aircraft from attacking the Williams Flats Fire. Anyone found flying a drone in the area is subject to a $20,000 fine. 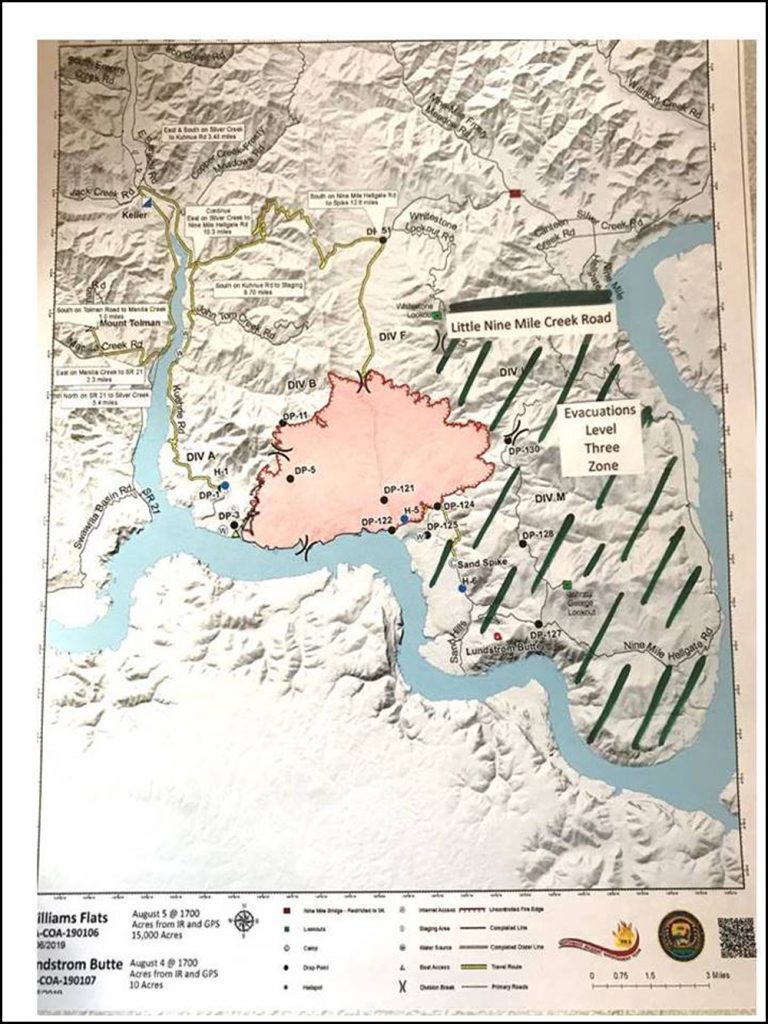