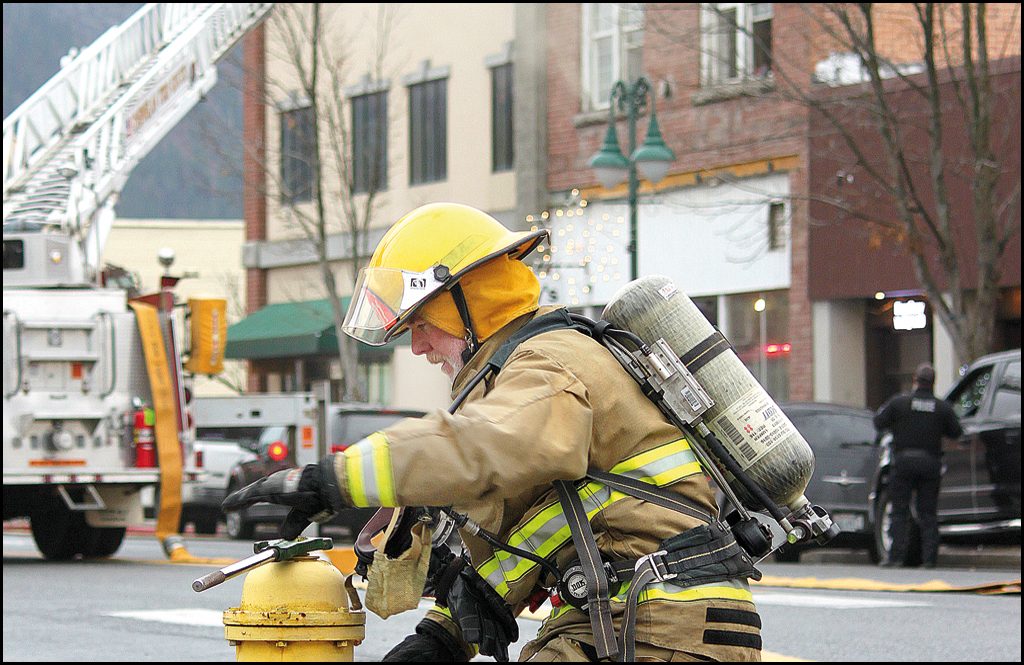 The Chewelah Fire Department responded to a mid-day fire in downtown Chewelah at an apartment above Kathy’s Attic. (Jared Arnold photo)

A fundraiser has been set up for a family of five after a Friday fire hit their downtown Chewelah apartment above Kathy’s Attic.

The Chewelah Fire Department arrived on the scene after midday on Friday, having to completely shut down Main Ave. in the process so that traffic was not an issue.
One room was fully involved when firefighters arrived. An attack line was taken upstairs and used to extinguish the fire.

“We were lucky it hadn’t spread to the building structure,” Chewelah Fire Chief Dave DeVeau said. “Our awesome crews limited damage to the original fire room.”

The department’s new ladder track was put into position and set up in case firefighters had to switch from an offensive attack to a defensive attack and contain the blaze to just one section of the block. 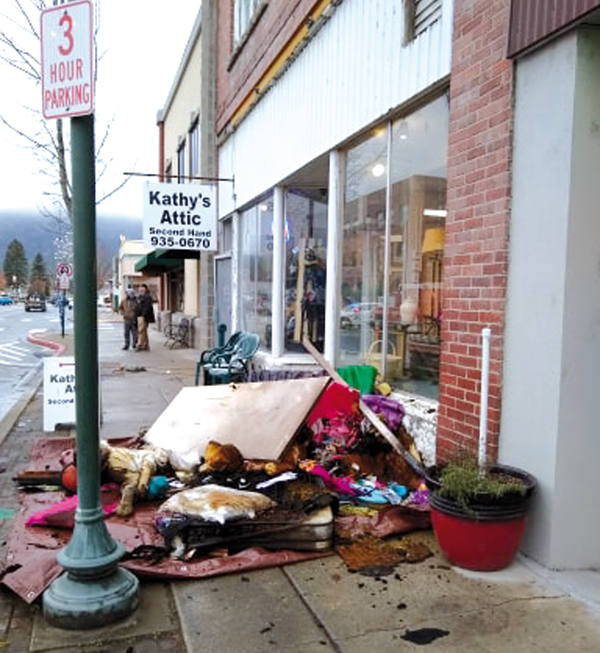 DeVeau said the fire was caused by an electric blanket. The Chewelah Fire Department sent one pumper, one command vehicle and their ladder truck while Fire District 4 provided mutual aid with one firefighter.

A GoFundMe has been set up at https://www.gofundme.com/f/hrebh-house-fire for the family affected by the fire. The apartment was being rented by a single mother of four.

“My sister just lost everything in her apartment due to a house fire,” said GoFundMe organizer Cassandra Capoeman. “[We’re] trying to raise her some money to get them into a new place and her and her kids some clothes. Anything would help at this time.”

Some local businesses took to social media thanking the fire department for their work. DeVeau said he was proud with how his guys did, and said firefighters performed exactly like they were supposed to. The last three structure fires by the Chewelah Fire Department have resulted in the saving of the structure. 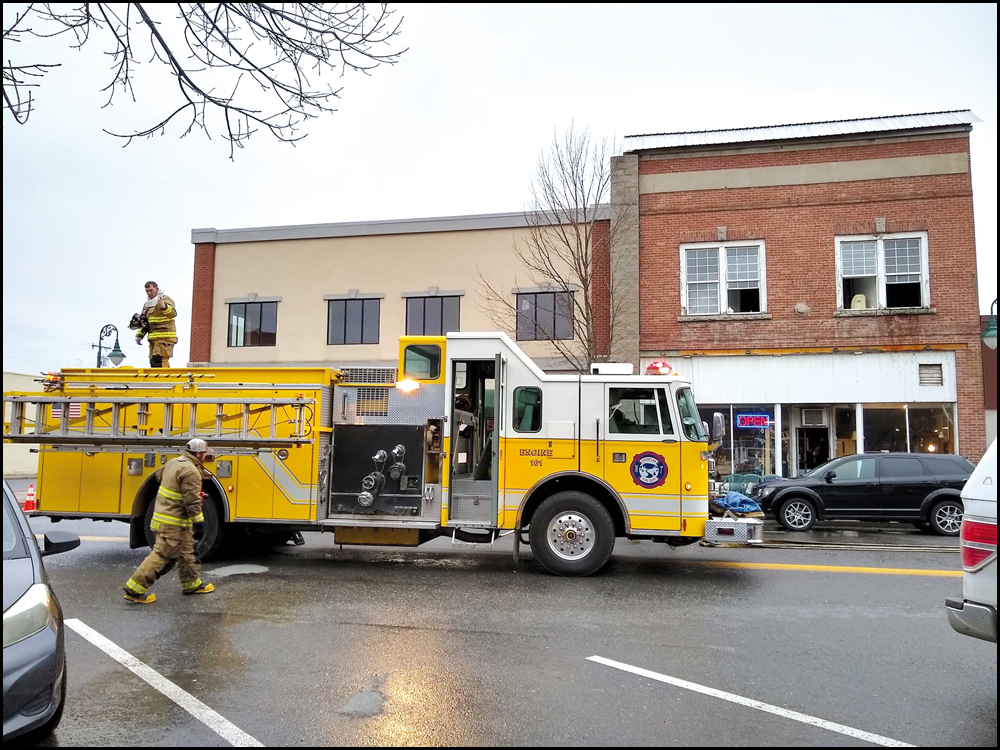