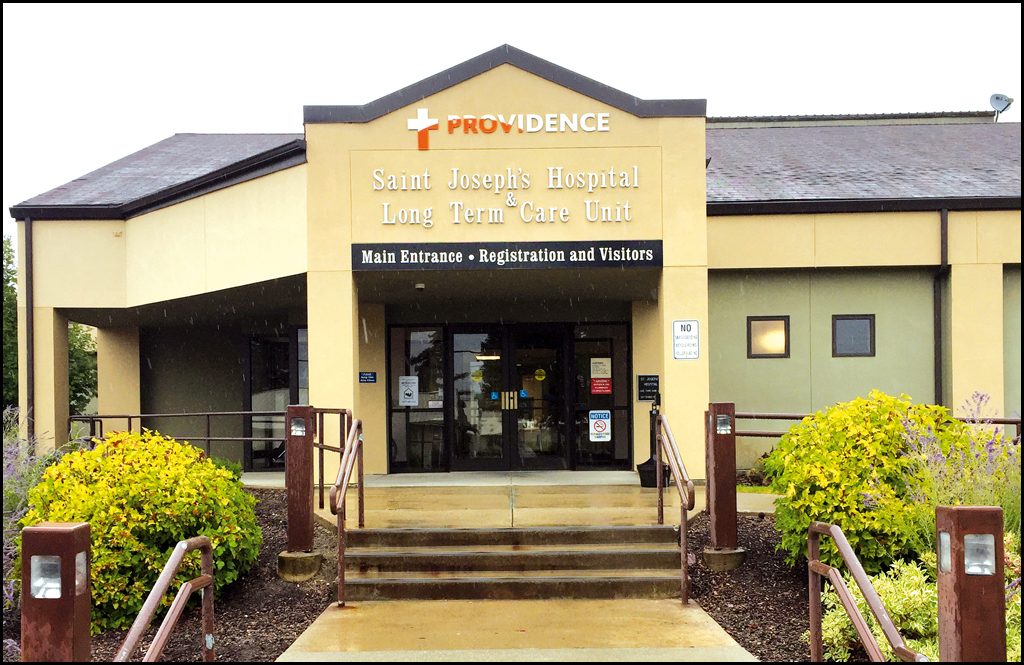 The long-term care unit has served Chewelah for 30 years, but rising costs and staffing troubles led to the decision by Providence to close the facility. (Brandon Hansen photo)

Opened in 1989, the St. Joseph’s Hospital Long Term Care Unit served many senior citizens before closing its doors, which will be official on Oct. 3.

Providence Health and Services announced the closure of the 40-bed long-term care unit in May, but kept the unit open so that residents could find new homes. As of August 13, all residents have moved to their new locations.

Reported in the Spokesman-Review, some residents came to rehabilitate and then were discharged back into the care of their families and communities.

The decision to close the unit took almost a year to finalize and as reported in May, happened due to a variety of reasons.

The closure of the long-term care unit allows Providence to continue to serve Chewelah with hospital services. Staffing for the unit was also an issue, as well as rising costs associated with long-term care and the decline of reimbursements.

The Spokesman-Review reported that at one point, 75 percent of the long-term care staff were medical temps supplied by an agency. This is in line with an ongoing issue in rural areas of hiring qualified medical staff for facilities.

Providence has tried to combat this with nursing assistant classes in Chewelah and Colville, with several graduating from the program throughout the year. The average salary for these jobs is $15.61 an hour.

Along with staffing, the unit had 30 residents when the decision to close the unit was made, the Spokesman reported and the number dropped to 26 when it was announced what was happening.

With no nearby unit that could accommodate all the residents, they had to look at moving to Spokane, Newport and Colville.

St. Joseph’s Hospital was founded by the Dominican Sisters and has served Chewelah since 1929. The hospital currently has 25 acute care beds which can also serve as skilled nursing beds.

Here is the official Providence press release on the closure:
After 30 years of service, the Long Term Care Unit at Providence St. Joseph’s Hospital will be officially closed as of October 3, 2019. All of our residents have moved to their new homes as of August 13, 2019. Providence St. Joseph’s Hospital will continue to provide all other existing services including Emergency Department Services, Acute and Transitional Care, Hospital Pharmacy Services, Laboratory, Diagnostic Imaging, Respiratory Therapy, Endoscopy, Infusion Services and Rehabilitation Services (Physical Therapy, Occupational Therapy, and Speech Therapy).