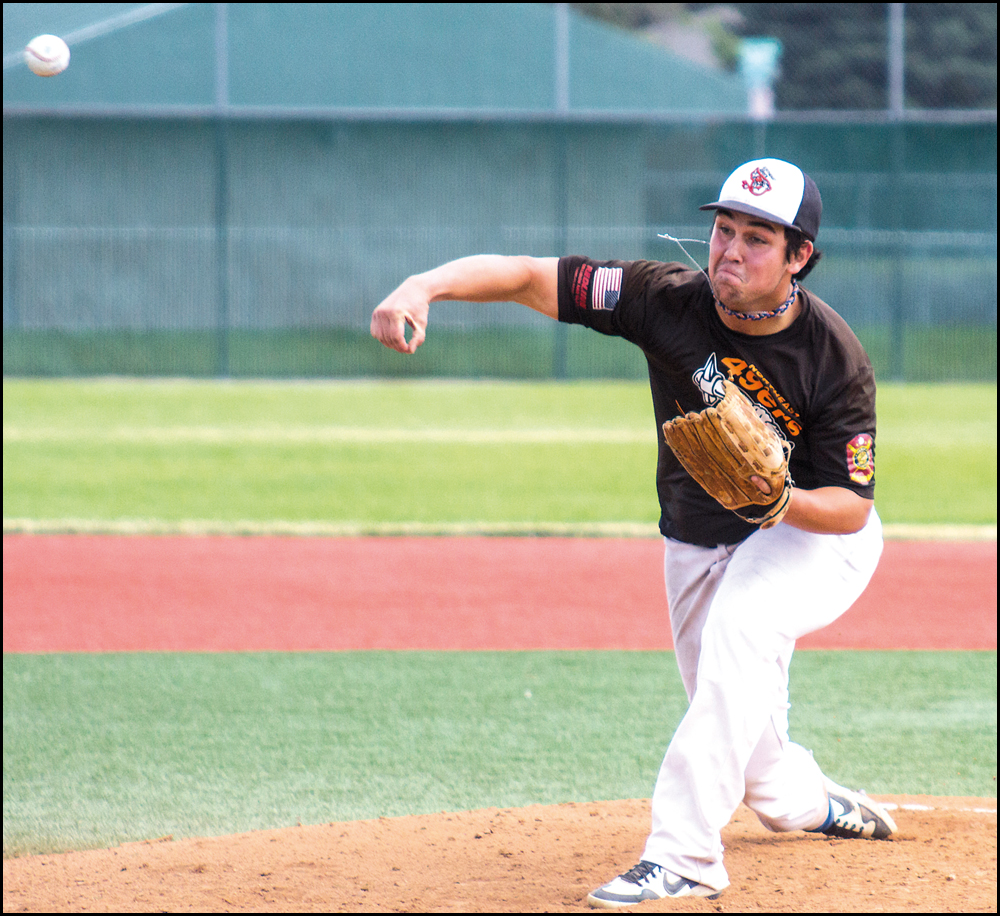 A four-run lead going into Mead’s final at-bat wasn’t enough for Chewelah last Saturday as the Panthers scored five runs in the bottom of the seventh inning to steal the Forty-Niners’ ticket to the state tournament. The 11-10 loss brought an unexpected end to a Cinderella season for the Niners, who became a serious league contender during the second half of the season that included an eight-game winning streak.

Chewelah ran out of veteran pitchers in the late innings. Jake Jeanneret threw the first five and one-third innings and left the mound with a 9-6 lead. After that, the rookie Niner bullpen surrendered six runs over the next two innings to absorb the lethal loss. Chewelah had doubled-up Mead 8-4 earlier in the tournament.

“As I told the boys after the game, sometimes in situations like this a team has to have some luck, and we didn’t get any,” said Coach Tom Skok. “Still, we had a great season.
“Our goal going into the season was not to win a district tournament or to go to state. It was to develop these kids into ballplayers for next spring. We have three incoming freshmen and two sophomores on the team, and they just got better and better as the season progressed. In fact, everybody on the team got better and better. They all got a lot of playing time and every one of them improved considerably. We beat some really good teams, especially during the last half of the season, and that shows the improvement they made.”

Saturday’s defeat ended a season of downs followed by ups for the Niners, who demonstrated continuous improvement and confidence in all aspects of the game through the summer. They lost their first game of the season 1-0 at Riverside. The next time those two teams met toward the end of the league schedule, the Niners steamrolled the Rams 13-1 in five innings. Now, that is progress for a team with so many young men who transformed into seasoned ballplayers.

The score was tied at two runs each after two innings. Jake Jeanneret batted in Bowen Middlesworth in the first inning. Nick Skok came home in the next inning when the Mead catcher attempted to pick him off at third base.

Mead had a three-run third inning to go ahead 5-2 on the scoreboard, but Chewelah quickly answered with six runs in the following inning. The Niners loaded the bases on a leadoff double by Jake George and a pair of walks issued to Skok and Clay Jeanneret. That started a merry-go-round scoring spree as Chewelah took advantage of two walks, a hit batter, and an error to go ahead 8-5. The Niners added one run in the sixth inning and another in the seventh to extend their lead to 10-6. A double by Jake Jeanneret followed by a single from Jake George brought home a run. Cole Piepgras hit a leadoff single in the seventh inning and came home on a balk called on the Mead pitcher. So, Chewelah took a four-run lead into the bottom of the final inning.

Tournament rules specify that pitchers can throw only 105 pitches per day and must have four days of rest in between appearances on the mound if they threw over 80 pitches in a game. By the bottom of the seventh inning, Chewelah’s starting pitchers had used up their allotment of pitches. The Niners had to go to their green bullpen for the final inning, hoping they could get three outs before Mead scored five runs. Two walks and five singles later, the Panthers had the five runs they needed to win the game without giving up an out.

The Jakes—George and Jeanneret—each had two hits, batted in a run, and scored a run. Zach Bowman, Clay Jeanneret, Skok, and Piepgras also had hits. 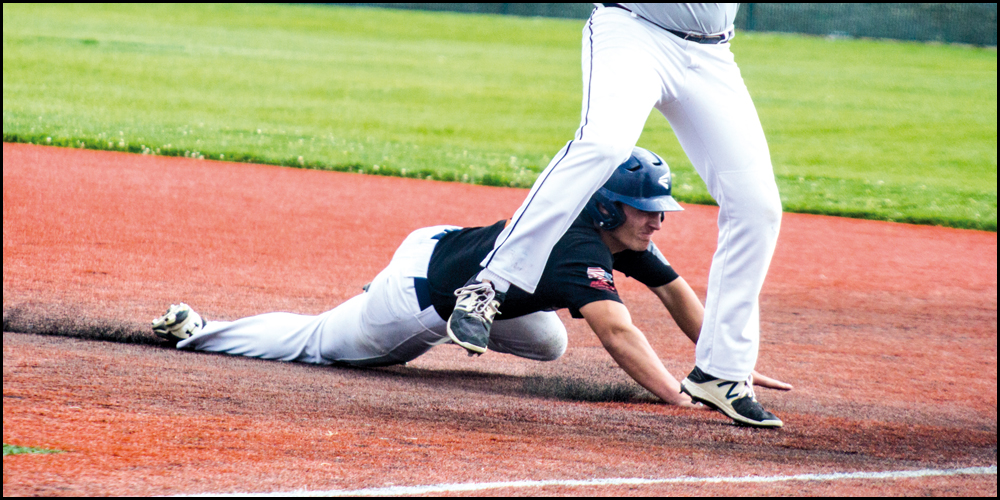 Chewelah 8, Mead 4
James Macrae had a great day on the hill for Chewelah on Thursday, and it was a good thing for the Forty-Niners that he did. At a time when the Niner defense was falling apart all around him, Macrae threw a three-hitter against the Mead Panthers. He threw five and a third innings, allowing no earned runs and striking out eight Panthers to notch an 8-4 Chewelah victory. His solid performance on the mound helped the Niners overcome seven errors that were responsible for all of the Mead runs.

Zach Bowman went 2-for-3 with two runs scored and two runs batted in to lead the Niners at the plate. He singled in the third inning to bring Clay Jeanneret home with the first run of the game. He singled again in the fifth inning to score Bowen Middlesworth from second base for a 5-2 Chewelah lead.

Altogether, the Niners swatted eight hits with five of them batting in runs. Mead’s three hits batted in only one run.

The Panthers got on the scoreboard first with an unearned run in the second inning. Chewelah quickly responded with three runs in their third at-bat. A pair of walks issued to Jeanneret and Middlesworth gave the Niners a pair of baserunners. Bowman’s line drive single into leftfield brought one home. Middlesworth scored on a bunt by Jake Jeanneret. Jake George then batted Bowman home for a 3-1 Niner lead.

Chewelah added two runs in the fourth inning on singles by Bowman and Nick Skok to spread the score to 5-2. However, Mead scored a pair of runs in the sixth inning to again make it a one-run ballgame at 5-4.

The Niners did not put the game on ice until their final at-bat. Jake Jeanneret triggered the Chewelah rally with a leadoff double into leftfield. He scored on Jake George’s single through the right side of the Mead infield. Cole Piepgras’s sacrifice bunt moved George and Skok into scoring position. Both scored on consecutive Panther errors to give the Niners a four-run buffer going into Mead’s final opportunity at the plate.

Jake Jeanneret walked up on the mound and retired the Panthers in order to end the game on a ground out, at fly out, and a strikeout to earn the save. 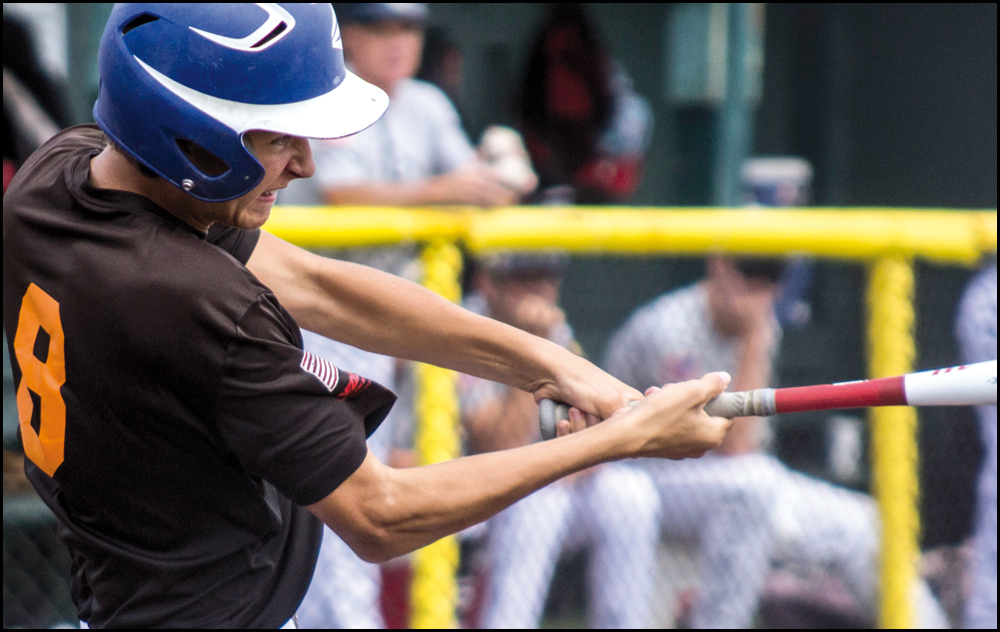 Asotin 11, Chewelah 1
Chewelah held a 1-0 lead over Asotin through the first three innings, and then the roof fell in. The Blues scored 11 unanswered runs over the next three innings to run away with an 11-1 win.

Overall, it was an uncharacteristic outing for the Forty-Niners, who gave Asotin one scoring opportunity after another. The Blues totaled only eight hits, but a fatal mix of walks, errors, and hit batters by Chewelah provided too many Asotin baserunners for their hitters

The Niners’ five scattered hits did not produce a run as they left seven runners on base.

A sacrifice bunt down the third baseline by Cole Piepgras brought Clay Jeanneret home with Chewelah’s only run of the game in the top of the second inning.

Jake Jeanneret and Jake George singled in the first inning but were left stranded on the corners. Bowen Middlesworth hit an infield single in the fifth inning and was the victim of a fielder’s choice. Sam Triplett and Cole Piepgras hit back to back singles in the sixth inning but were both left on base.

Triplett took the loss for Chewelah. He allowed nine runs on six hits over four and two-thirds innings, striking out two. Zach Bowman threw the final inning and a third in relief.