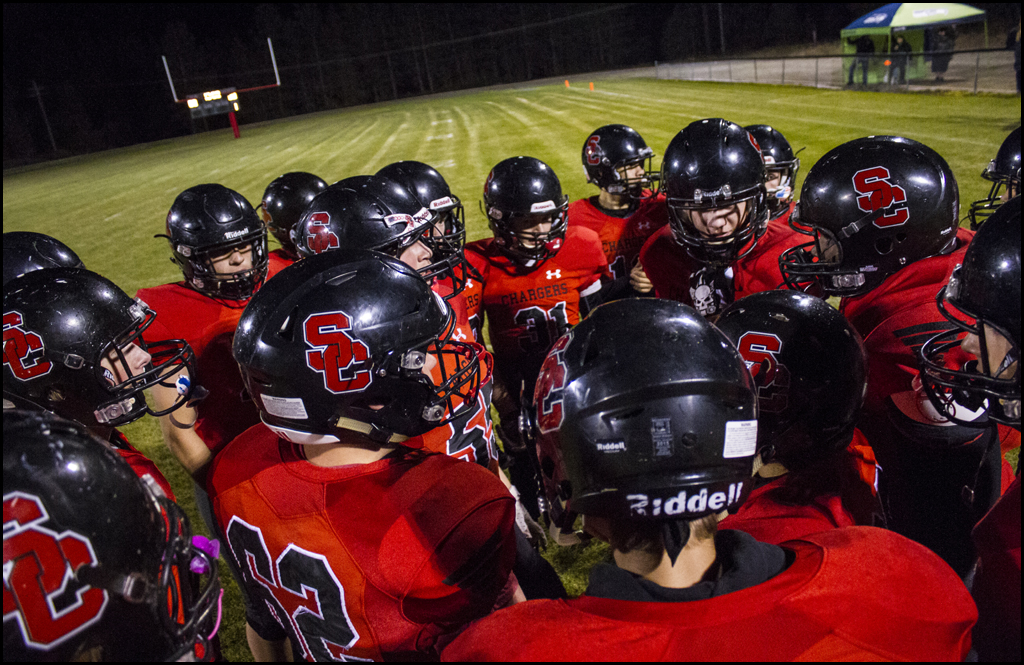 Springdale plays its first full season in 1B ranks…

The Springdale Chargers finished their first full season in the 8-man game, and it’s one of the best in the school’s recent history.

Including Hunters’ forfeit, the Chargers finished with seven wins and capped the 2019 season off by posting a 24-22 victory over NE 1B North 2nd place team Cusick.

“I do believe we got better as an eight-man team the more time we were playing the game,” Springdale Coach Mark Edwards said. “You have to spend time on it and we were getting better as the season went on.”

Against Cusick on Nov. 8, the Chargers used ball-control offense, rushed for 185 yards and came up with the victory against Cusick.

Cusick scored two touchdowns – including a 63-yard touchdown run – but Springdale was able to get a fumble recovery for a touchdown from G. Gelmetti to give his team the 18-14 advantage at halftime.

William Adams, who finished the game with 87 yards, notched a five-yard touchdown run in the third quarter, and a rally by the Panthers in the fourth quarter fell short.

Kitt finished the game with 94 yards rushing and 618 yards rushing on the season with 10 touchdowns. William Adams had seven touchdown runs on the year.

Springdale finished the year on a three-game win streak and tied for third in the NE 1B North standings. This comes after some adversity at the beginning of the season where the team lost its senior quarterback Wyatt Edwards to injury and had to put the ball in the hands of Austin Paladin.

Springdale shuffled the roster but kept its identity of “run first” all year. They improved greatly on a 5-5 campaign last year and accomplished the rare feat late in the season of winning two games in one week before playing Cusick.

“I hope this group of seniors kind of showed how if you stick with it year after year, it pays off,” Coach Edwards said. “Our kids were resilient and kept coming back.”

Springdale has made the move to be independent and play a 1B football schedule and while ineligible for the postseason, they feel the classification gives their team the best chance to compete and saves them from having to put freshmen up against seniors on the football field. While they have a 2B-sized enrollment, trends show that they will be dropping to 1B in the future according to several sources.

“We’ve always been blessed with athletic guys and they’ve really picked up on our system and it’s shown,” Edwards, who had five seniors this year, said.

Springdale will have several key players back next year including their quarterback. With the volleyball team also being a win away from the state 2B tournament, it appears Charger athletics are doing good things just south of Chewelah, and people should pay attention to their charge forward.