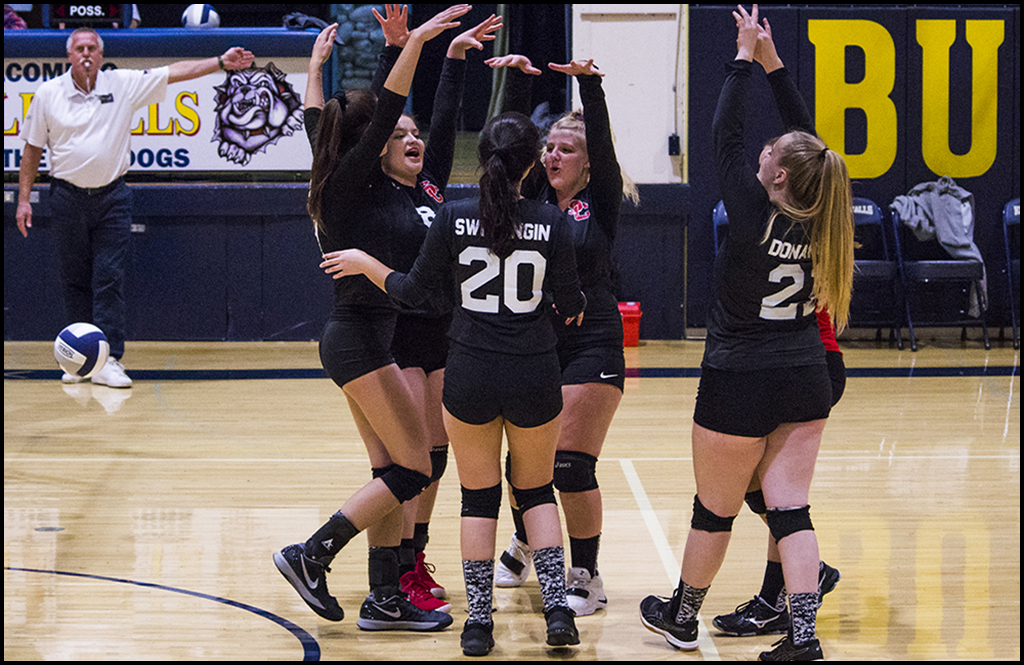 For Springdale, their games against 2B squads mean the world because of their independent nature. Since they’re not affiliated with a league, if the Lady Chargers want to make the postseason, they have to win over half their games against 2B foes. If MaxPreps’ schedule it to be trusted, Springdale is looking primed for a run, having beat three of four 2B squads in the regular season slate – with just two 2B matchups remaining.

On Tuesday night, the Lady Chargers defeated Kettle Falls 25-5, 25-11, 25-20 to improve to 10-2-1 on the year (including tournament games). Springdale will play 1A Medical Lake next Monday and 3A North Central on Thursday.

“We like playing the upper classification teams, their pace of play is faster so it prepares us for the postseason,” Springdale Coach Matt Gines said.

If it qualifies for the postseason, Springdale will play the No. 4 team from the NE 2B North Division for a play-in game to the district tournament. They have already beat Davenport, Kettle Falls, Wilbur-Creston and St. George’s from the league, while taking Chewelah to five sets.

In their win over Kettle Falls, Jaylyn Hubert-Posey led the Chargers with seven kills. Mattea Gines had 26 digs and Richelle Swearngin posted seven aces. Springdale improved to 4-1 in regular season play. Kettle Falls fell to 1-4 on the year and was led by Jocelyn Glover who had six assists and two aces.

Makala Norris had 15 assists for the Lady Chargers as well.