2B FOOTBALL PLAYOFF PREVIEW: Everybody in Chewelah is asking where the heck Adna is 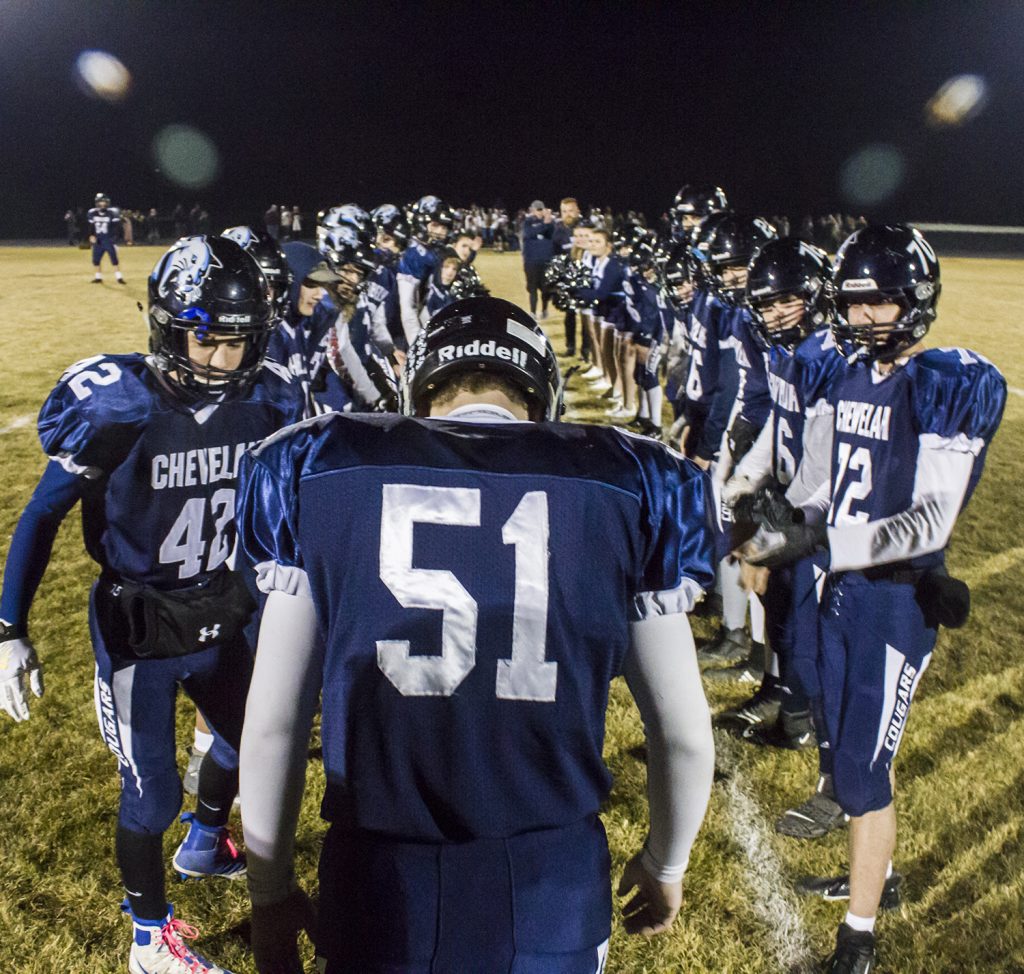 Cole Davis and the Chewelah Cougars will be “playing host” to Adna in the State 2B Quarterfinals on Saturday at 1 p.m. (Brandon Hansen photo)

How do you play football against a place that doesn’t exist?

With Chewelah making the state quarterfinals once again, the Cougars are again facing a team from Lewis County.

Lewis County, you ask? Think of Stevens County but with more Starbucks and a right-leaning political billboard. Think less of King County and the hordes of liberals turning our fine state into the next coming of “Les Miserables” – at least that is what some Stevens County Facebook groups tell me – and think more of just the Colville Valley with flatter mountains, more rivers and a freeway running through it.

Instead of Napavine this time around, Chewelah will be facing Adna, causing some locals to go “Where the heck is Adna?” Well you can’t find it on a map because it doesn’t exist…

I know it looks like Adna is real, but that “Adna High and Middle School” is essentially the defining feature of that area. I’ve driven that road many times and this is the first I’m hearing about Littell and Claquato too. Essentially Adna is like west Chehalis. You know how Valley kind of hangs outside of Chewelah and has all the fun. It’s kind of like that but with I-5 in the way.  It can claim to be a census-designated area, not an illustrious big Lewis County city like Napavine. This makes my life much easier as a writer because I can give you the tour in roughly three paragraphs. Here is Adna… 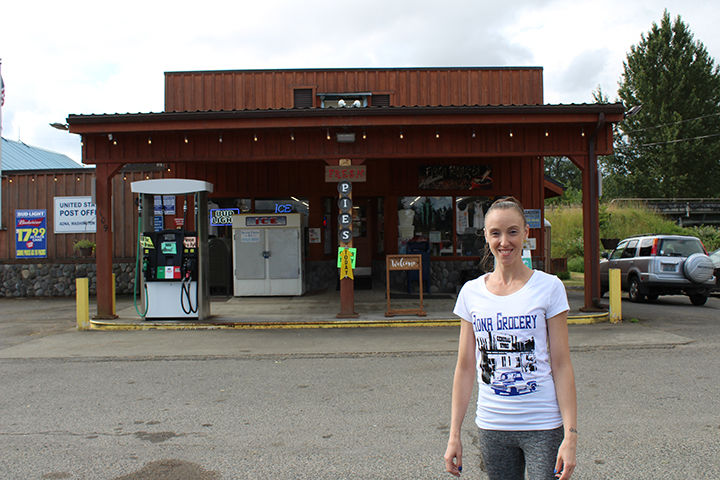 That’s it folks. There is the Adna Grocery store, which I love because it is also a post office, movie rental store and an eatery for the place. And yes, I’ve eaten there before covering a couple events at Adna. There is also a coffee shop right around there that I think is only open seasonally. Then there is the Adna Ironworks which occasionally answers their phone and makes things… I think.

Adna is not Seattle 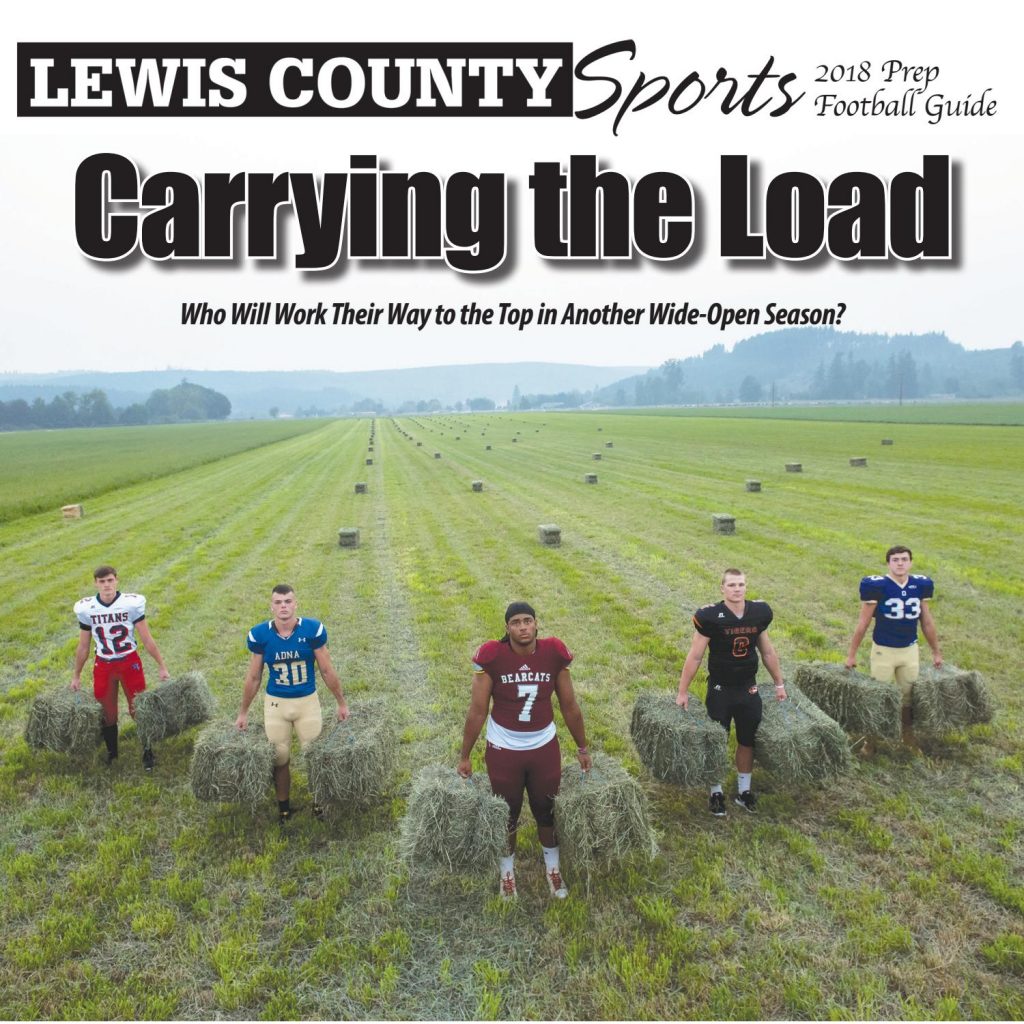 I need to steal this idea for Chewelah but if I got half the Chewelah football team out in a farmers field holding onto bails, the farmer would probably ask them to pick up all the bails. We did media day to begin fall sports in the PACA Building and we had the football moving half the staging equipment because when else are you going to have dozens of physically fit young people in the same spot for an extended period of time?

Adna has their own Allen Stone… kind of

Adna’s Forrest Van Tuyl tours the country, singing his way from gig to gig and by all accounts doing a pretty good job. I wish I could define his music, despite working extensively with his brother, but I haven’t listened to it, because all I do is rock out to Avicii and Krewella. Because I am weird. I do know he like ranched in Wyoming or something? Maybe it was Montana? There was a van involved. Either way Adna has its own “version” of Allen Stone in the form of Forrest Van Tuyl and if this guy doesn’t scream Allen Stone, I don’t know what does. 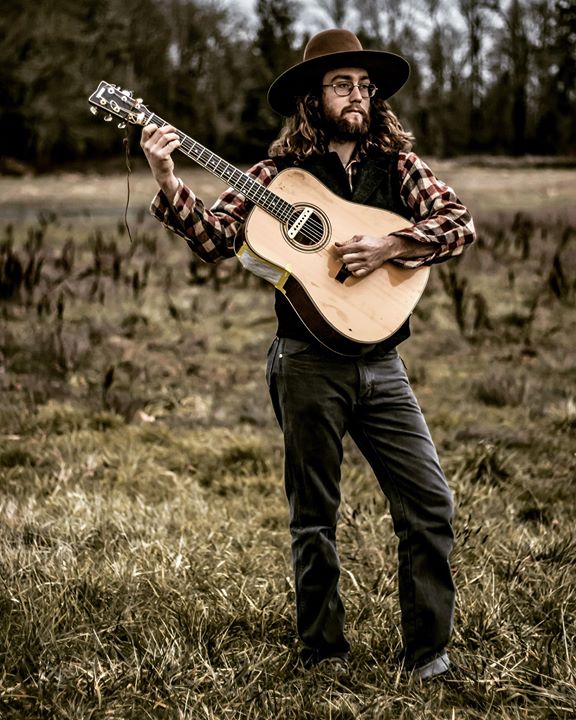 They do refer to themselves as Pirate Nation

This is my favorite thing about Adna. They don’t mess around as a fanbase and go straight out and call themselves a nation like there is a cadre of Pirate fans hanging out in Florida and Minnesota. Can you imagine people from Chewelah saying “Cougar Nation”? We’d all bust out laughing and then head to the Oasis after saying that. I mean there are some Chewelah fans in… Alaska? Maybe South Carolina?

If Chewelah were to become a nation we would instantly become like the fourth most powerful military on earth because everyone here owns a gun.

Adna is very closely tied to other 2B powerhouses

The toughest part about 2B athletics in SW Washington is tracing back all those fun family trees and connections. Adna head coach KC Johnson actually played football down the road at Toledo. Napavine head coach Josh Fay resides in the Adna zip code (but teaches history at Napavine and contends that the Roman Empire “wasn’t that impressive” and “could probably have tackled better”). Former Adna coach Conner Hogue was once the head baseball skipper at Tenino, Washington and now teaches at Napavine. Tenino is the Western Washington-version of Chewelah. Former Chronicle Sports Editor and WIAA seeding committee member Aaron Van Tuyl is from Adna and his claim to fame is being the only Adna golfer to finish dead last in the state tournament.

Apparently they can’t have a tavern or bar in Adna

You see the fine settlers of the Adna in the area in like the 1850’s were like “This alcohol thing isn’t going to be a big deal, it’s just a fad” and its written in some sort of land law in the county there can’t be a tavern or bar into town. So despite not having a town, a mayor or a city council, they somehow have local laws, which makes zero sense. But hey, they settled in a flood plain, so there is that.

The Chronicle All-Area Football team is a big deal, as the local newspaper picks the best plays from all the teams. LOOK WHAT THE ADNA FOOTBALL PLAYERS DID… 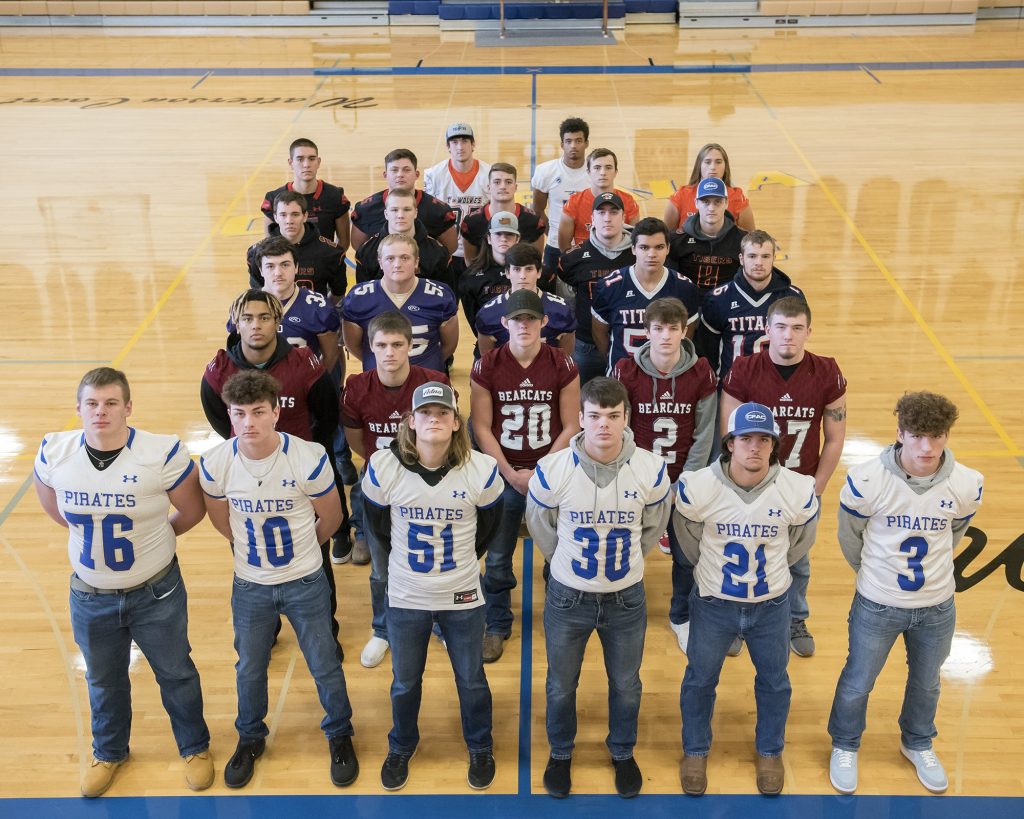 It looks like it’s the Adna Pirates, featuring a backup crew made up of other schools.

While 20-30 minutes south of Olympia, do not make this mistake. When you travel down I-5 you’re crossing into a completely different part of the state. The most popular rig in Lewis County is a pickup truck with a lift kit, Working at the mill is still an acceptable and sought after position, I know more loggers in Lewis County than in Stevens County, one time I was chased by a possum in Lewis County and Adna, well the Adna school is a lot like Chewelah. This is why the drop down to the 2B classification is the best as we get to play a lot of schools just like Chewelah.

Now with that said, at least our post office isn’t in a convenience store.