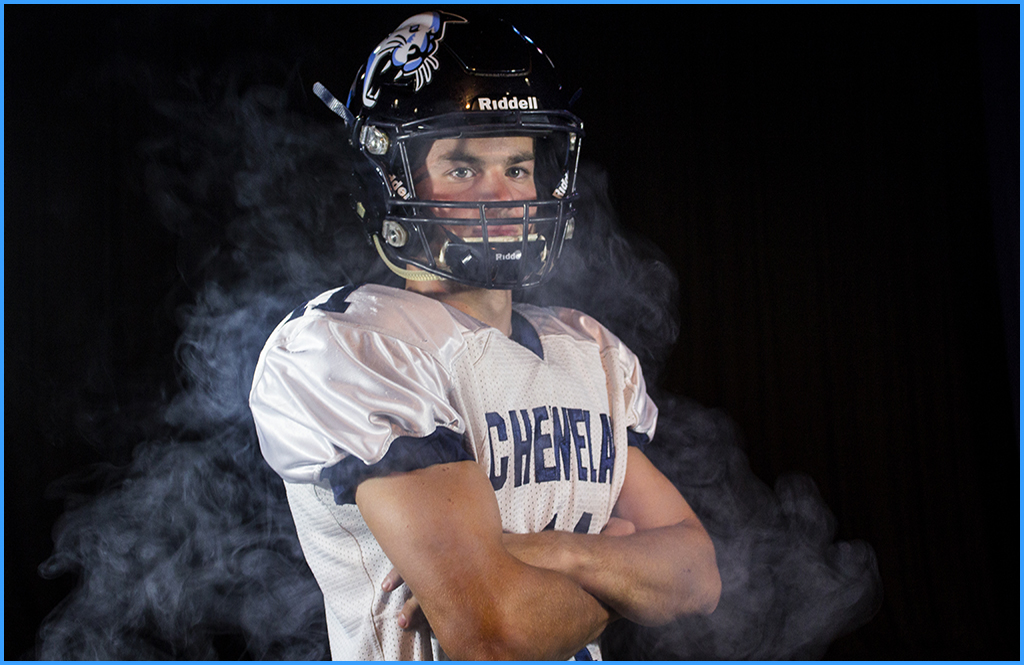 Chewelah’s 2019 football season is quickly resembling the movie “Rocky 3,” you have some early setbacks in an 0-3 start, an old rival in Colville helping the Cougars getting their groove back with an offensive battle last week, a triumphant comeback in Week 4 as Chewelah downed No. 5-ranked Reardan 14-6, and we could probably compare Cougar assistant coach Mark Hopkins to Mickey since he’s a farmer and probably makes players chase chickens for training.

But you heard right, Chewelah just downed the No. 5 team in the state. After a strength of schedule tougher than the University of Washington Huskies, the Cougars played down in Reardan on Friday night after an 0-3 start to the year and some questions about some high expectations in 2019.

Chewelah quarterback Jake Jeanneret through two touchdowns, and more importantly that Chewelah defense held the other team to just one touchdown.

It was the fewest points allowed since the Cougars shutout Colfax 35-0 on Nov. 2, 2018 in the playoffs.

“Last night we finally flipped the switch on defense,” Chewelah player Nick Franks said. “We were flying around and playing with some heart.”

Reardan had come into the game having beat all the teams in Chewelah’s NE 2B North League, handidly. The Indians had downed NWC 41-14, Davenport 56-34 and Kettle Falls 41-0. That comes into play as Chewelah will face all three of those teams to conclude the season and the league winner obviously has a better path in the playoffs.

The game started with no scoring in the first quarter, then Reardan went up 6-0 in the second quarter, but Chewelah answered back as Jeanneret found Bowen Middlesworth for a 12-yard touchdown pass. Middlesworth had previously been out in the past two games because of a concussion.

After halftime, Jeanneret found big-play wide receiver Nick Franks, who was celebrating his birthday, for a 67-yard touchdown pass. Chewelah held on for the victory in the fourth and won its first game of the year.

“I couldn’t have asked for a better birthday gift,” Franks said. “Winning last night felt so good and I think that is exactly what we need to turn our season around.”

While not a league matchup, the Cougars are now 1-3 with two losses coming against a 1A playoff team and the 1A state champion and the third loss coming against Liberty which is now receiving votes in the AP poll.

Chewelah will now host Newport, a 1A team that made it to the state title game last year. The Grizzlies, however, have lost two straight NEA League games, a 34-7 setback to Deer Park and a 49-13 loss on Friday.

That game will be played at Snyder Field in front of the Cougar faithful on Friday. After that, Chewelah will host Lake Roosevelt on Oct. 11 for homecoming, then travel to Kettle Falls and Northwest Christian the next two weeks before returning home on Nov. 1 to wrap up the season hosting Davenport.

Time will tell how this Rocky movie will end. With a slow start, the Cougars will be considered underdogs for the long haul, but perhaps that’s how they like it.