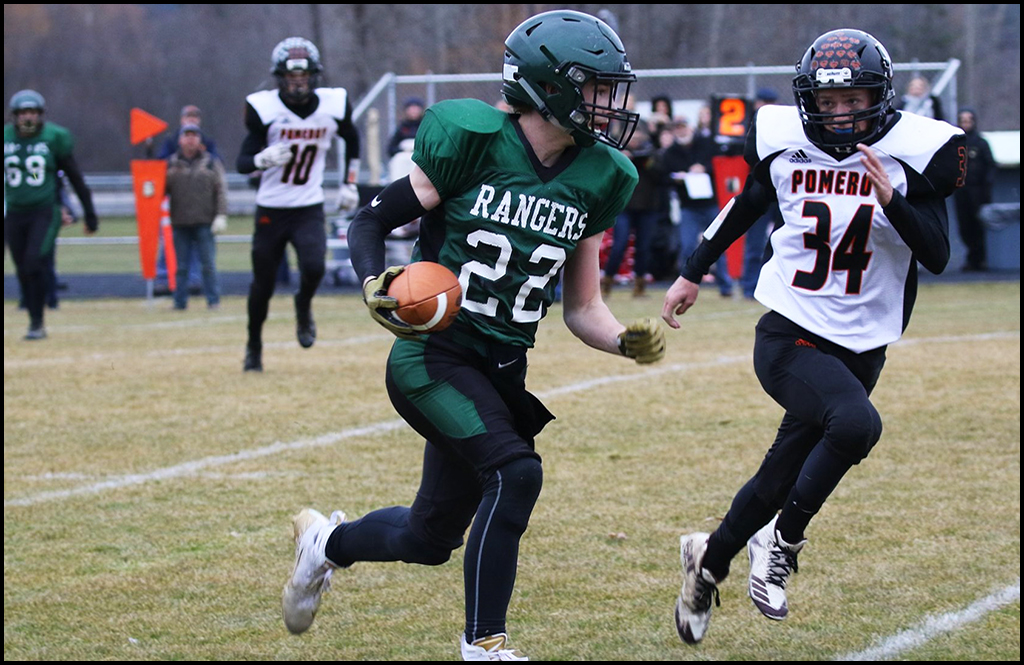 The game scoring started with a three-yard touchdown pass from Link to Davis, before Pomeroy answered back. The Rangers’ Aiden Penney punched it in from four-yards out to make it 16-6 after on quarter.

Link then hit Curran for a 20-yard touchdown pass, and the Selkirk QB also notched interception while playing defense and ran it back for a touchdown. Pomeroy got their second touchdown on a 28-yard pass, but Link wrapped up the scoring in the first half by returning another interception for a touchdown to make it 36-12 at the half.

On defense Bert Burnett had 11 tackles while Steven Davis had 10 tackles. Both Curran, Cody Stafford and Slade Powers each had eight tackles.

1B teams will now be re-seeded and Selkirk has yet to know who their next opponent is in the first round of the State 1B playoffs.