1B FOOTBALL: Northport takes to the ground in season-opening win over Waterville 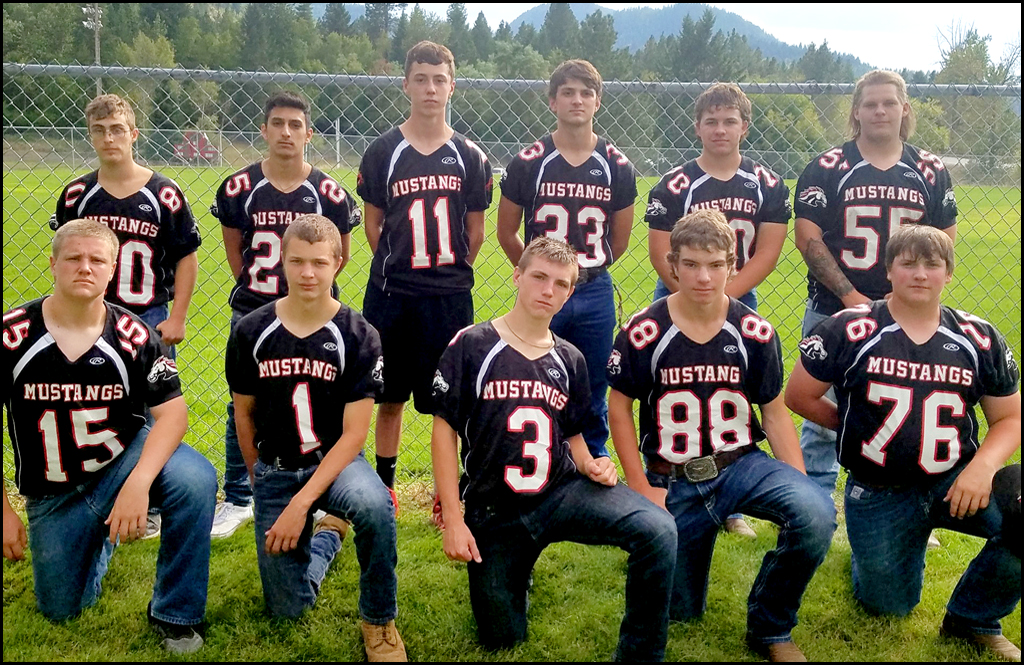 While the statlines for previous Northport seasons would have you thinking they should change their Mustang mascot to a WWII fighter plane, the boys of north county showed they’re just as able to roll out a Sherman tank-like offense when needed.

Facing a team that defeated them last year 52-6, the Mustangs broke out to an early lead and held on for a 42-40 victory in Northport on Saturday.

It was head coach Kevin Dionas’ first season-opening victory with a program that has been around for just ten years.

Quarterback Tanner Malcolm had a career day and led the way with 175 yards rushing and four touchdowns, along with 110 yards on 4-of-6 passing and a touchdown.
Dionas credited the line for plowing the needing running lanes, saying it was great to see quarterback sneaks from four yards out result in a touchdown.

“The line played good together and they’ve been a line for a few years,” Dionas said. “It feels really good to get the win and get the confidence moving forward.”

He credited the line play of Morgan Buhl, Scotty Fata, Chance Sphuler and Davin Jobest, Jason Corcoran in the victory.

Northport jumped out to a 20-0 lead in the second quarter, before Waterville with two large wide receivers and a talented QB came back and had things tied up 26-26 at halftime.

“We got a little bit dinger up during their flurry,” Dionas said. “I was really impressed in the third and fourth quarters how we came together and tightened things up.”
The Mustangs took the 34-26 lead into forth quarter. A touchdown pass by Malcolm to dangerous Ty Williams put Northport up 40-26 and notched the two-point conversion with three minutes to go added further padding to their total.

Waterville wasn’t done, however, and scored two touchdowns in the stanza. Their final score was topped off by a two-point conversion to pull within 42-40 with two minutes to go.
The Mustangs, however, were able to recover the onsides kick and take a knee to end the game.

In all the Mustangs finished with 470 yards of total offense. Malcolm led the defense with 11 total tackles while Jahsom Rahif had nine.

“It was great to have this right out of the gate,” Dionas said. “It was special, the town really came out and supported us.”

Northport will host Hunters next week in a NE 1B North showdown at 7 p.m. It should be a good rivalry as no matter how each team is doing, these squads tend to have battles. Northport has 12 players on the roster while Hunters has 15-16. The Lions usually have a strong ground game and if the Mustangs bring in their Sherman tank offense it could be an impressive display on Friday night.