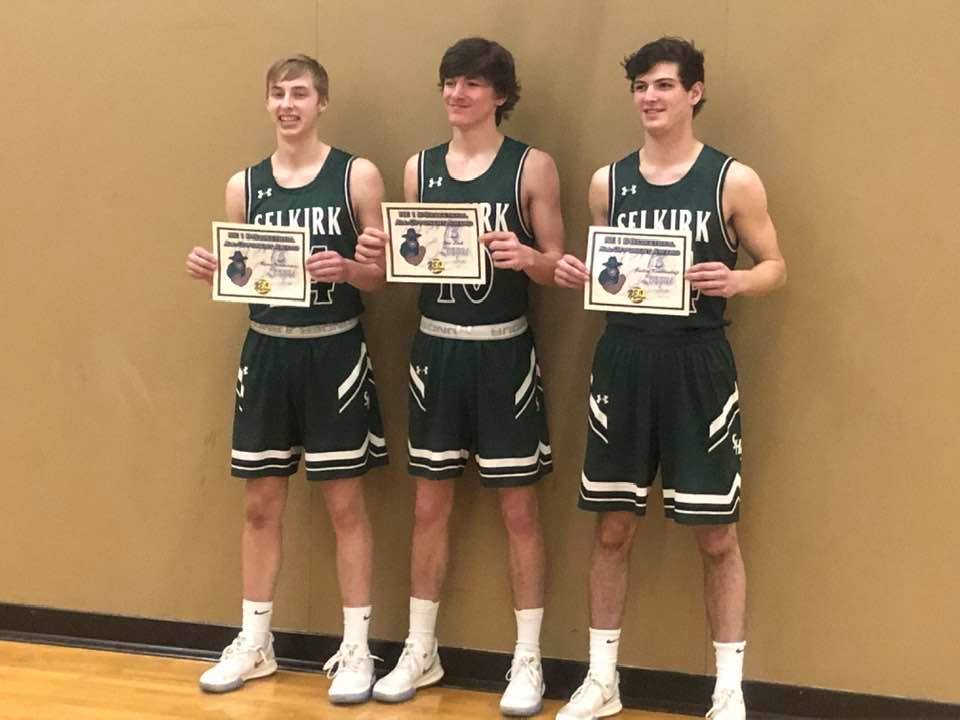 Selkirk to play Tacoma Baptist on Saturday in state opener…

Selkirk got themselves into the District 7 1B title matchup Saturday but waiting for them on the other end of the court was an undefeated Odessa squad looking to stay that way. While Odessa came away with the win, Selkirk basketball qualified for the state tournament for the first time since  2005 and the last time Selkirk played in the district championship game was in 1973.

The Rangers managed to staunch the Tigers offense early on but could not maintain the pace, ultimately falling 78-34 to take second in the district tournament.

Selkirk threw the first punch on the night, pulling out an 11-9 lead after the first quarter. The Tigers quickly got up and righted their ship in the second, though, and headed into halftime with the lead. The two played nearly square in the third, but another big run by Odessa in the fourth put things completely out of reach, giving the Tigers the title.

Jay Link put up 15 in the loss to lead Selkirk in scoring.

Selkirk now heads to the regional tournament where they face Tacoma Baptist at Rogers (Puyallup) High School at 4 p.m.