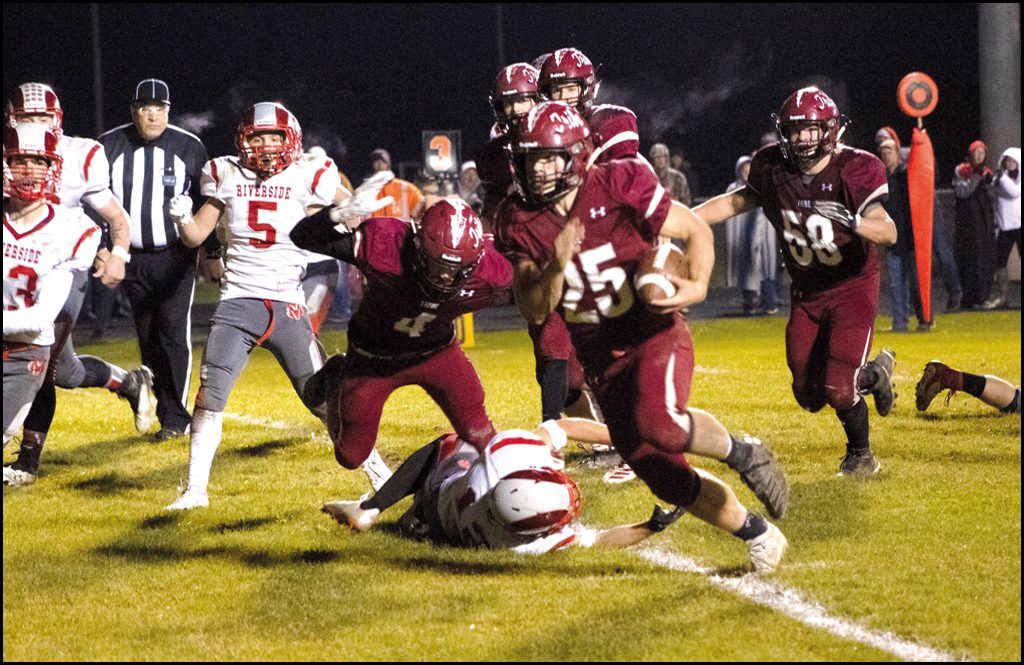 Colville football will be heading to the state playoffs after placing second in the NEA League. (Taylor Newquist/Statesman-Examiner)

BYE COLVILLE STOCK, DON’T SELL: Indians defense comes up big against Freeman, looks like the team nobody wants to play in the postseason…

While officially the Indians are in the postseason, they’ve kind of been in the postseason since their one-point loss to Deer Park on Oct. 4. Colville needed to snag one of the two top spots in the NEA League to move on to the state bracket and it took four straight wins to do that.

The most recent win came in the form of a 49-33 victory over Freeman on Friday to improve to 5-1 in league play. The score is a bit misleading as the Scotties notched 26 points in the fourth quarter when the JV was in for the Indians.

“Our defense played their best I’ve seen this year in the second and third quarters,” Colville Coach Randy Cornwell said.

Michaliszyn would score on two short runs in the third and fourth quarter and has bumped his season rushing total to 1,468 yards on 182 carries.

Skirko had three touchdown receptions to go along with 196 yards, and he has 12 touchdowns total for the year.

Anderson has over 1,000 yards passing and 379 yards rushing on the year along with 20 touchdowns total.

“We have a lot of weapons, and I certainly wouldn’t want to play us,” Cornwell said.

But due to the nature of the Caribou Trail League not wanting to play crossover games, Colville will have a bye this week. Seeding may be a bit odd for Colville, as the team only has two one-point losses on the schedule but could have a seed that is in double-digits.

While the Indians are mixing a lot of young kids, Cornwell said he has some of the best players the program has seen also on the roster. Lineman Jory Dotts already has an offer from Idaho to play D-1 football and both he and Cameron Knight are going for Colville’s school record for sacks in the season which is currently 10. Knight has nine and Dotts has 8 with the postseason ahead of them.

Cornwell is looking forward to the bye week so the team can refresh mentally, physically and emotionally. Along with healing up, the team can focus on some fundamentals while not having to immediately gameplan for an opponent.

This Sunday state brackets will be announced by the WIAA and while there is no selection show, Colville will no doubt be refreshing the WIAA website seeing who their opponent will be.